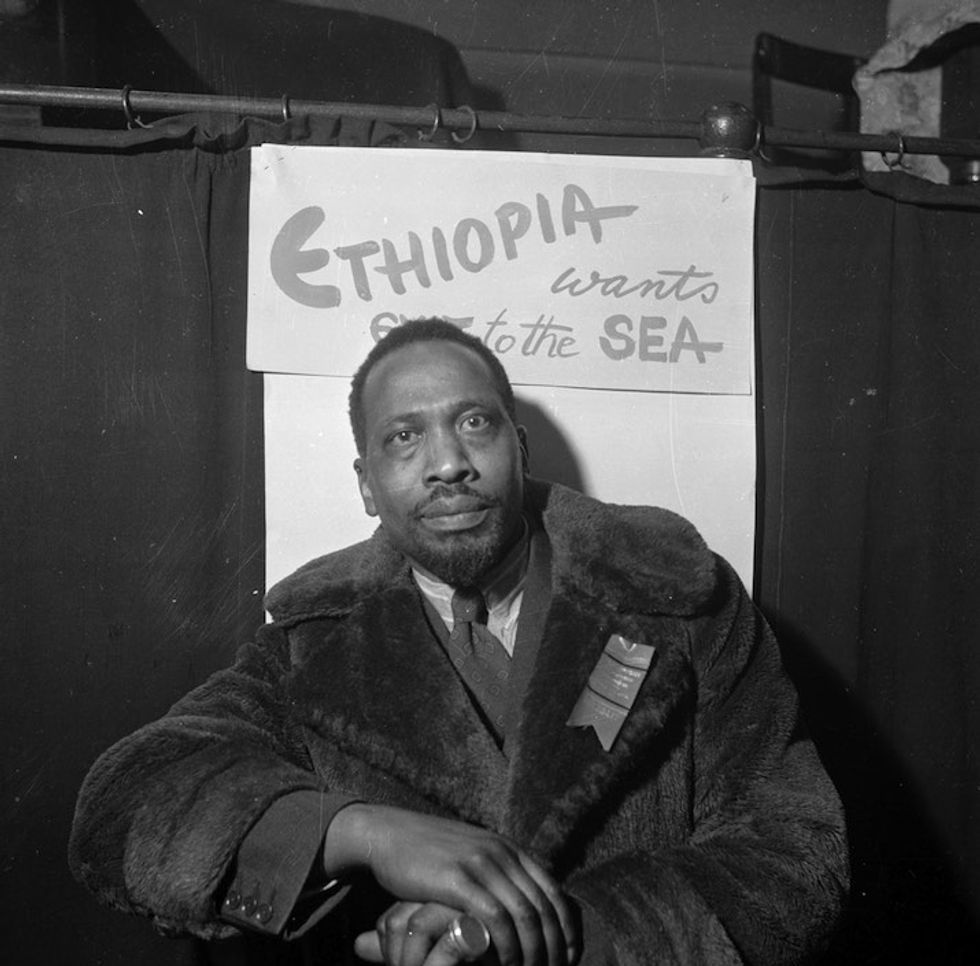 The Fifth Pan-African Congress is a forthcoming exhibition on the historic gathering of African and West Indian political leaders and intellectuals who met to discuss strategies for African political and economic liberation. The meeting, which took place in Manchester a few months after the end of WWII, was particularly significant due to the high number of African delegates present. The 1945 Pan-African Congress brought together a group of young African intellectuals and activists, including Jomo Kenyatta, Hastings Banda, Nnamdi Azikiwe and Kwame Nkrumah, who would return home to shape the liberation struggles of Kenya, Malawi, Nigeria and Ghana respectively. Curated by Autograph ABP director Mark Sealy, the show marks the 70th anniversary of the Congress, and is the first public presentation of English photographer John Deakin's body of work from the event.

Featuring over thirty of Deakin's images from the meeting, the exhibition also includes a selection of rare ephemera associated with the Congress, as well as a Pan African Film Lounge with screenings selected by guest curator June Givanni, including The First World Festival of Negro Arts (1966), W. E. B. Du Bois: A Biography in Four Voices (1996), and Aimé Césaire:  A Voice for History (1994).

The Fifth Pan-African Congress is supported using public funding by Arts Council England, and is produced in collaboration with the Hulton Archive, a division of Getty Images, who own the Picture Post archive. The exhibition is also supported by the Working Class Movement Library and Penumbra Productions Ltd. The exhibition opens July 16th at London's Rivington Place.