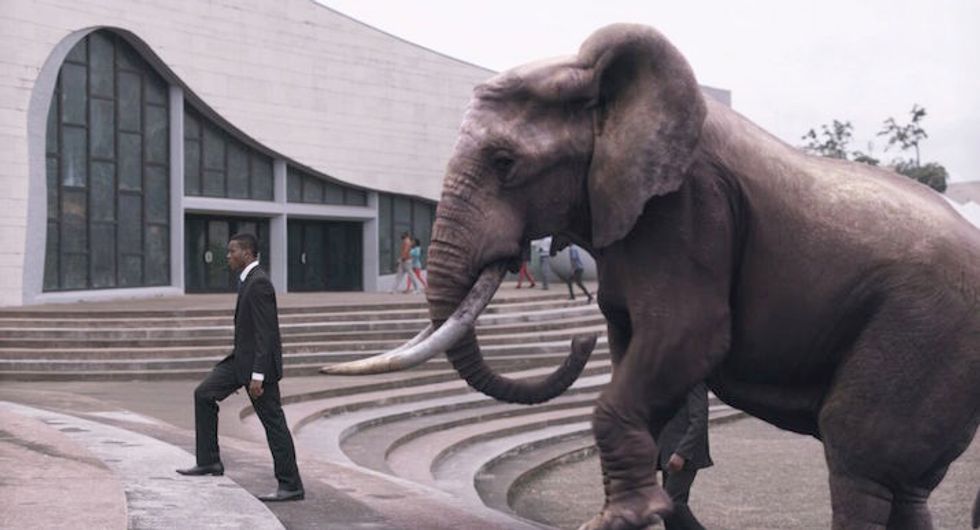 A still from "Run," directed by Philippe Lacôte. Photo courtesy of Film Africa.

This Friday, Film Africa will launch its fifth edition of celebrating African cinema and filmmakers from across the continent and diaspora in London.

Established in 2011 by the Royal African Society, Film Africa aims to promote a better understanding of Africa through film by stimulating debate around contemporary socio-political issues.

"From African classics through bold and daring experimental narratives to socio-political commentaries on LGBTI rights, civil war and the human stories behind the migrant ‘crisis’ gripping the headlines, this year’s diverse programme will capture all tastes and moods," reads the Film Africa press release.

The festival will take place from October 30 to November 8 in ten venues across London, including the Hackney Picturehouse, Ritzy Brixton, BFI Southbank, ICA, Ciné Lumière, the British Library and the South London Gallery. To view the full Film Africa 2015 festival program and for more information, visit the Film Africa website.

Take a look at our Film Africa 2015 preview in photos below.

To Catch A Dream

Love the One You Love

Beats of the Antonov (Doc)

Stories of Our Lives

They Will Have To Kill Us

Things of the Aimless Wanderer

The Sea is Behind

The Man from Oran (El Wahrani/L’Oranais)

All images courtesy of Film Africa.