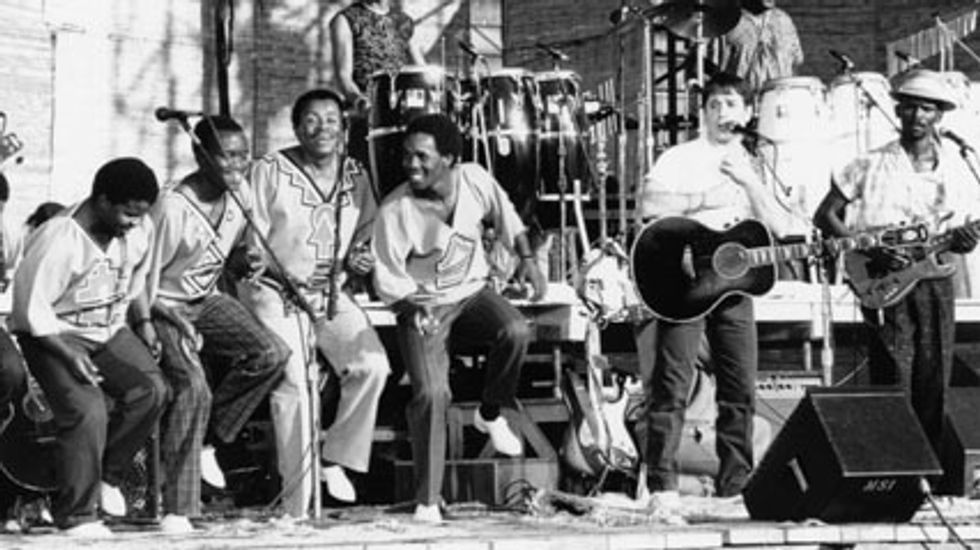 Paul Simon's Graceland (1986) is celebrating its 25th anniversary with Under African Skies — a Joe Berlinger-directed documentary which follows Simon on a 2011 trip to South Africa where he reconnects with the musicians he worked with on the seminal LP and meets with activists who accused him of breaking the UN anti-apartheid boycott for recording the album in SA.

The film reveals how an Accordion Jive Hits tape from the Boyoyo Boys lead Simon to "African music" and explores the songwriting influence of collaborators Ladysmith Black Mambazo and album musicians Vusi Kumalo & Ray Phiri ( as you may know, Simon's had some controversy regarding songwriting credits on the LP). Interviews also include David Byrne, Oprah Winfrey, and Vampire Weekend.

Beyond its turbulent birth, it's tough to deny the gem that is Graceland. Watch a trailer for Under African Skies above.