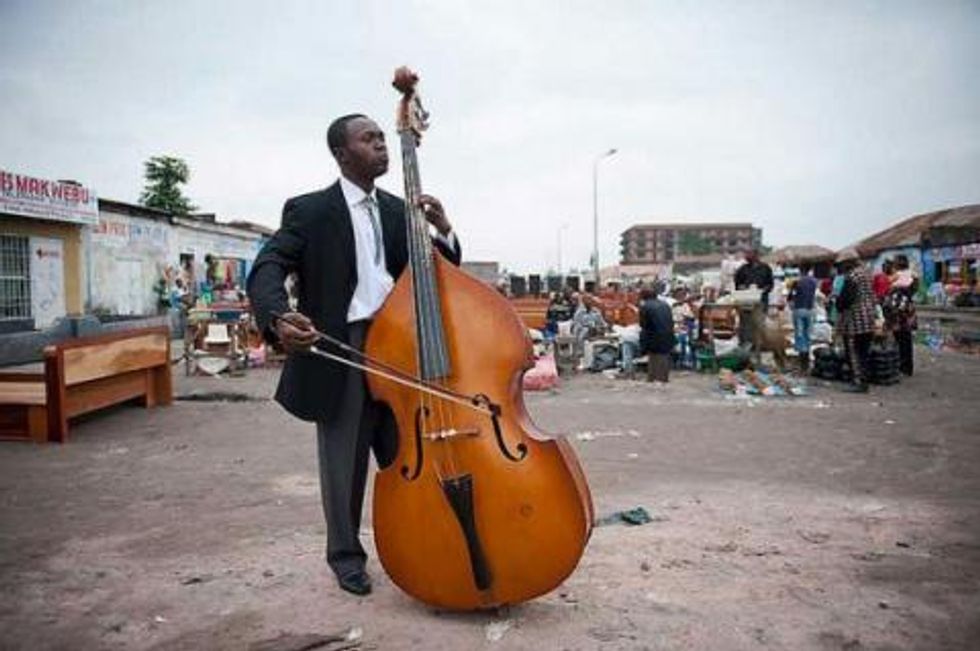 Kinshasa Symphony is a documentary following the lives of several musicians from Orchestre Symphonique Kimbanguiste, an amateur orchestra based in the Democratic Republic of Congo's capital city. The group is led by conductor ﻿Armand Diangienda, who founded Orchestre Symphonique Kimbanguiste back in 1994 after losing his job as an airline pilot, and manager Albert Nlandu Matubanza, who also crafts most of the orchestra's instruments. Kinshasa Symphony is now available in the US & Canada. Watch a 15-minute preview of the film above.