First Look: The Trailer Based on Chimamanda Ngozi Adichie's 'On Monday of Last Week' Is Here 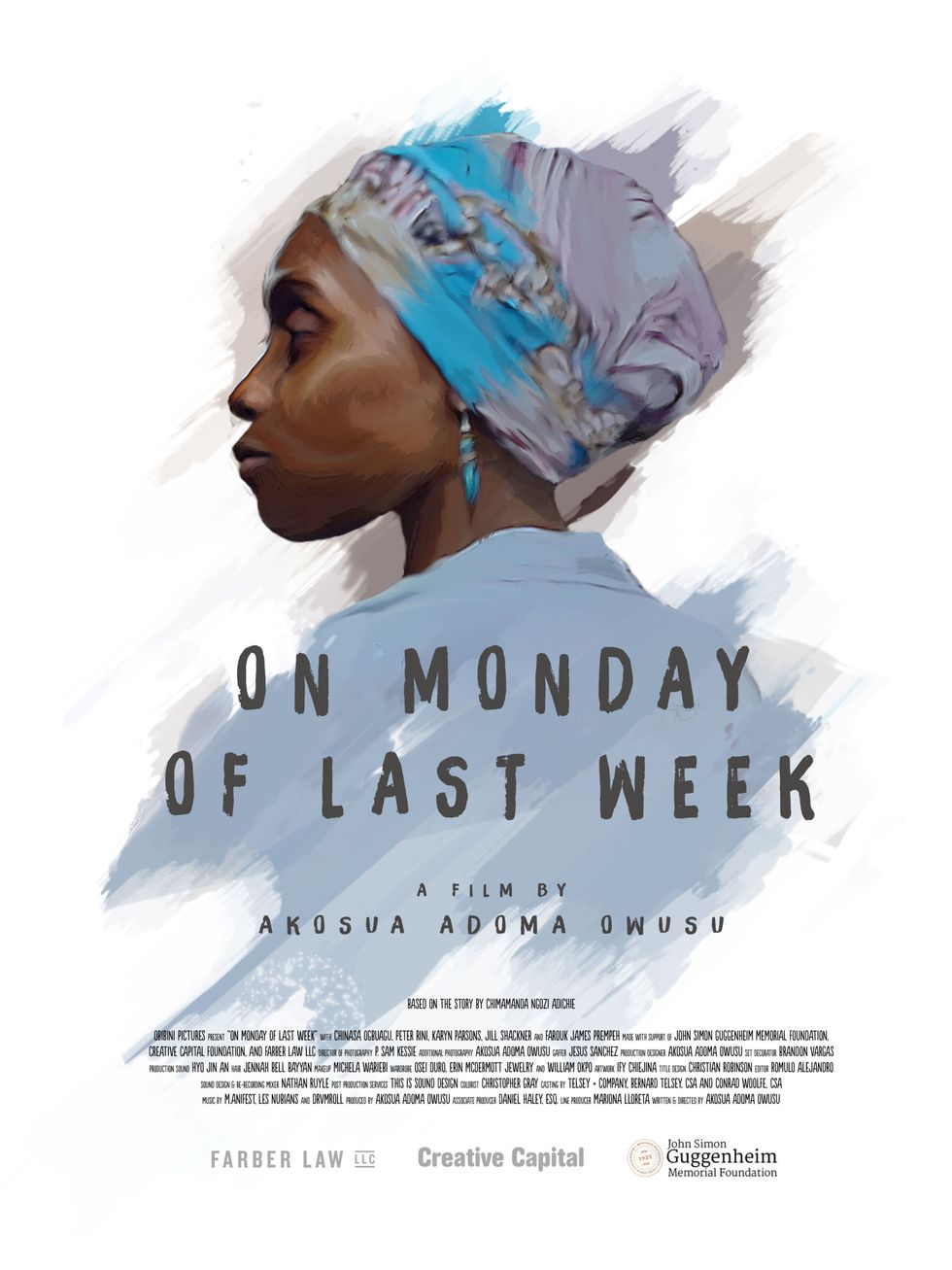 Watch the trailer of the film adaptation of Chimamanda Ngozi Adichie's 'On Monday of Last Week,' produced and directed by Akosua Adoma Owusu.

Last June, the Nigerian author granted Ghanaian-American filmmaker Akosua Adoma Owusu exclusive rights to adapt, On Monday of Last Week, from her book of short stories, The Thing Around Your Neck, into a film.

The film tells the complicated story of Kamara (Chinasa Ogbuagu), a Nigerian woman hired by Neil (Peter Rini) and his wife and artist, Tracy (Karyn Parsons), to help take care of their young child. Kamara soon realizes that she wants to be Tracy's muse and begins to question her pre-conceived notions of identity, attraction and beauty.

Directed and produced by Owusu and Obibini Pictures, On Monday of Last Week is also one of eight films nominated for Best Short Film from the African Movie Academy Awards.

Owusu says that she was “humbled and grateful for the opportunity to translate Chimamanda Ngozi Adichie’s short story onto film.”

“My previous films have been inspired by folk stories,” she continues in a press release, “so I was honored to adapt this compelling work of literature from a contemporary African writer and render it in my film style. Adichie’s short story is very much in line with themes I’ve explored in previous works—especially ideas of conventional beauty and identity.”

Take a look at the trailer below.