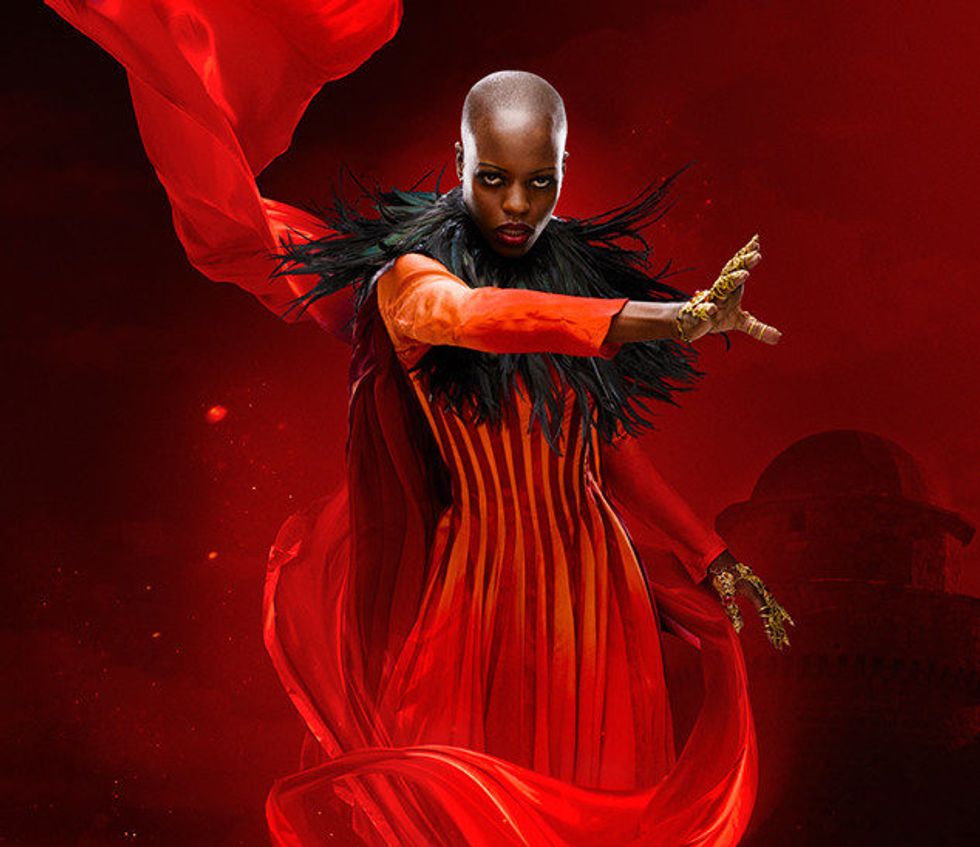 Well, Hollywood has certainly taken notice of Berlin-based actress of Ugandan descent. Could she be the industry’s next bae?

Last month, it was announced Kasumba is crossing over to alternate comic universe for DC’s Wonder Woman film, starring as Senator Acantha, an Amazon from island Themyscira—Wonder Woman’s birthplace. Considering Senator Acantha isn’t a well-known character from the comic, she shows up in issue 10, it’s not clear if Kasumba will have a prominent role. Judging from the lack of diversity in the film’s preliminary posters of the cast, it could be another one-liner. Regardless, we know from seeing her star as one of the elite members of the Dora Milaje that Kasumba will come through with whatever she's dished.

What’s more, according to blog Shadow & Act, Kasumba has also signed onto NBC and Universal Television’s 10-episode series, Emerald City, based on the iconic Frank L. Baum 14-book-series that has inspired The Wizard Of Oz and Wicked. She’ll portray the Wicked Witch of the East, who if you recall makes a brief appearance before Dorothy’s house crushes her leaving her silver-turned-ruby slippers behind. The revamp sees Dorothy Gale in the crossfire of a bloody crusade to capture the city of Oz.

Kasumba’s roles may be brief for now, but we’re sure you’ll be seeing a lot more of her in the future.