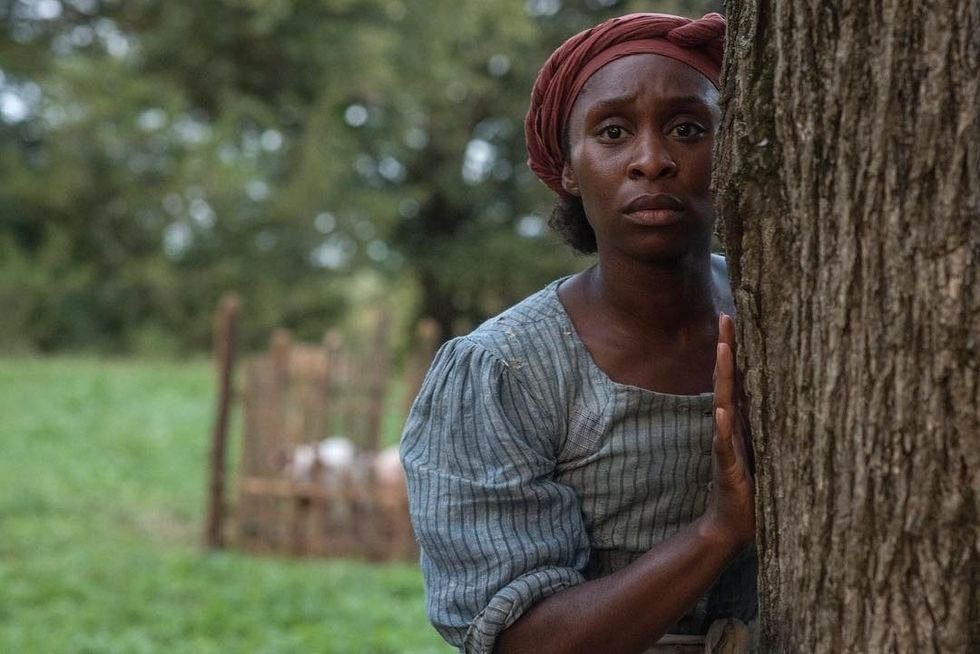 "Harriet" is due to drop in theaters later this year.

We will soon be seeing the story of a significant figure in black history on the big screen later this year—and this first look has increased our anticipation.

Harriet, directed by Kasi Lemmons, is the biopic of legendary abolitionist Harriet Tubman helmed by Focus Features. Nigerian-British actor Cynthia Erivo will star as Tubman, portraying her escape from slavery as well as her several missions to free dozens of enslaved people through the Underground Railroad in pre-Civil War America.

Along with premiering the first images from the film, Erivo spoke with PEOPLE magazine about the importance of this film.

"It's a new way of looking at Harriet," Erivo says to PEOPLE. "She was a hero, and now we get to really tell her story because we haven't really heard her story. It's been long overdue."

The cast for Harriet rounds out to include Janelle Monae, Joe Alwyn, Jennifer Nettles, Leslie Odom Jr. and Antonio J. Bell, Shadow and Actadds. The film is due to open in theaters later this year.