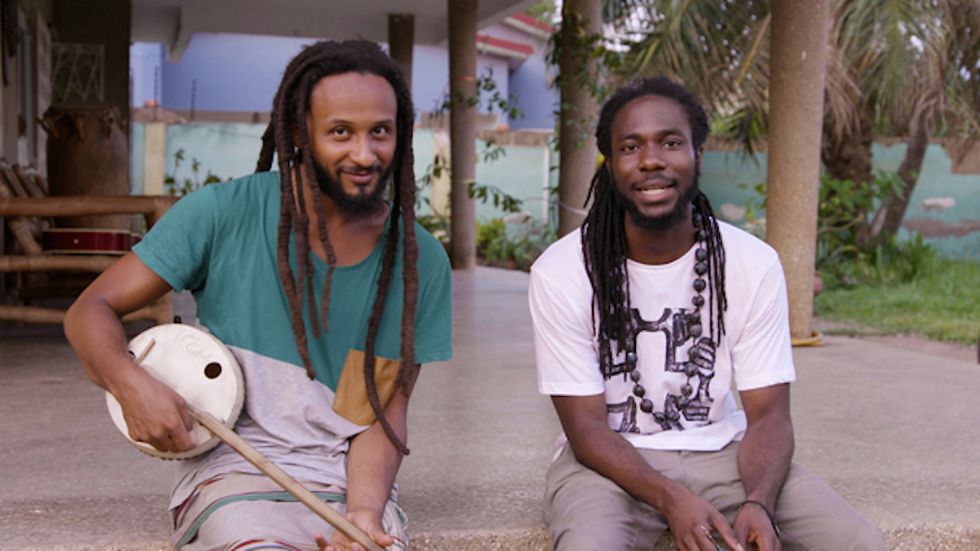 Ghanaian group FOKN Bois have announced the upcoming release of their third studio album, FOKN Ode to Ghana. The album is slated to come out on June 30.

Comprised of Wanlov the Kubolor and M3nsa, FOKN Bois have been making waves internationally for their satiric style, socio-political lyrics and cutting-edge flow.

The group had released two previous albums before this month’s upcoming LP, their 2011 FOKN Dunaquest in Budapest EP and FOKN Wit Ewe, which came out in 2012.

The album, which is credited as a “A FOKN tribute to highlife, hip-hop and afro-Jazz music from Ghana,” will be released in partnership with Ghanaian creative collective Yoyo Tinz. That's the cover artwork above.

???FOKN is partnering with @yoyotinz to release #FoknOdeToGhana in less than a month. Follow & stay tuned. ????? pic.twitter.com/7n5Xu18BJ7

In the meantime, as you wait for the album to drop, you can watch FOKN Bois'