For the First Time Ever, Two African Teams Have Qualified for the Knockout Stage of the Women's World Cup 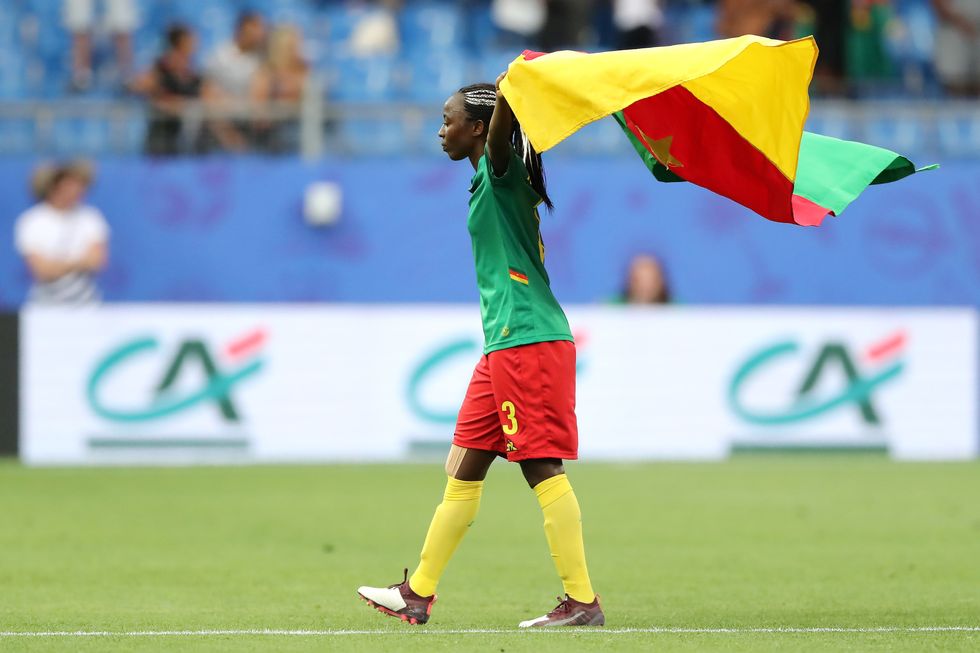 Both Cameroon and Nigeria have progressed to the knockout rounds and will face England and Germany, respectively.

Cameroon's Indomitable Lionesses and Nigeria's Super Falcons will both head to round 16 of the Women's World Cup, marking the first time ever that two African teams have progressed to this stage of the games.

The Lionesses earned their spot in the next round of games after beating New Zealand in a memorable 2-1 game on Thursday, which saw star forward Ajara Nchout deliver an impressive last-minute goal to close the game in Cameroon's favor. Nchout's goal has been one of the most memorable of the tournament so far.

After the Super Falcons lost 1-0 to France earlier this week, the team had to await the outcome of the Chile vs Thailand match to secure a spot in the next round. Thankfully, the results were in their favor, allowing the team to qualify for the knockout round.

Earlier in the tournament, the Super Falcons edged out South Korea, winning 2-0.

Next Cameroon will face England, while Nigeria will take on Germany. As always, we'll be rooting for every African team on the roster. Congrats to the Lionesses and the Super Falcons for making Word Cup history!

Keep up with our 2019 Women's World Cup coverage, and stay posted for more updates as the games continue.