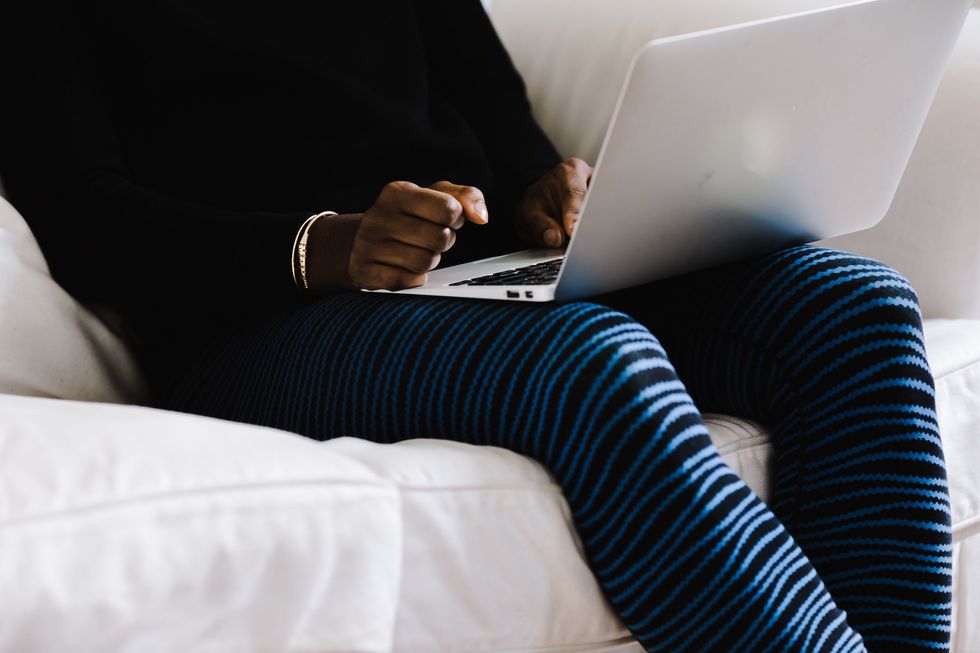 A Facebook group made up of some of France's top journalists spent years harassing women and minorities and got away with it.

Last week, a small revolution happened in the French media world. An article published by left wing newspaper Libération, interviewed the members of the so called LOL League, a private Facebook group where many prominent journalists and people working in the media, all of them men, most of them white and middle class, used to harass, target and threatened other journalists and bloggers, on social media and in real life.

Created by French journalist Vincent Glad, (a journalist who doxxed a teenage girl called Zahia Dehar who was involved in an underage prostitution scandal with footballers Franck Ribery), the LOL league was at first, a "safe space" for these journalists to make fun of people they didn't like. The group was made of journalists, editors in chiefs, press managers among other powerful figures in the media, many working for left leaning magazines.

Soon, it became a tool for them to harass and stalk bloggers, colleagues, strangers they didn't like. They photoshopped the faces of their victims on pornographic pictures and spread it online, including, on one occasion, on a forum for teenagers. One of the members of the league dated a journalist and then dumped her and lied about being HIV-positive and infecting her. Some members would even created fake media job ads that their victims would apply for, only for them to reject their application in the most humiliating way.

The LOL League mostly targeted women and a few men, especially feminists that would speak up against misogyny, homophobia and racism. French journalist Melanie Wanga recalls that when she tweeted that blackface was an issue in France and not just in the U.S. she was harassed by a bunch of accounts.

For many victims, as Wana explains, who were young journalists just starting their career, there was a fear of speaking up against the League: what if one of the members turned out to be their potential boss? Or a colleague? Speaking up meant that many professional doors would remain closed.

The LOL league expose the most rancid part of an industry that is still overwhelmingly closed to anyone who is not a white man.

Yet, some of them took action, personally and publicly. They wrote and shared an open letter on Twitter calling the Facebook group out in 2012, letter that the League used to harass and ridicule them even more, describing the victims as "cry-babies unable to tolerate online bullying".

The LOL league faced no consequences for their actions. In fact, most of them went to have successful careers in the media and politics. The editorial directors of the many publications they worked at were made aware of the group, but choose to do nothing. When the tide turned and that more people were embracing intersectionality and feminism, a few league members, such as Vincent Glad and Guilhem Malissen, rebranded themselves as feminists.

To make things even more complex, some of the women who were the victims of the league, went on to harass Black French feminists. The LOL league expose the most rancid part of an industry that is still overwhelmingly closed to anyone who is not a white man.

The French media still is a boy's club where the League members were the all mighty rulers and everyone who wouldn't bow down would suffer terrible consequences on their personal and professional lives. Their lack of respect, their sociopathy and inability to see women as human beings, let alone peers worthy of respect explain why the same women wouldn't even be considered good enough for many media jobs advertised. When it's part of the culture to rile and humiliate, you're definitely not going to hire many women to work as journalists. And that explains why it has been revealed that other magazines, like Vice France and the French Huffington Post had until recently their own version of the League.

Unfortunately for the victims, they can't take the group to court for harassment, as it happened 10 years ago. In the French law, it means that there is a statute of limitation.

Since the news resurfaced, a few League members have offered excuses, using the same template powerful people do when they do not feel sorry the slightest but have been caught. It goes this way: "I'm sorry to everyone I have offended but I was young and didn't know what I was doing. "

These excuses are incredibly cynical and show a profound lack of remorse. The League had 10 years to apologize to their victims and didn't do anything, so sure that they power and fame would shield them from any repercussions.

At last, the LOL league has stopped laughing. Most of the famous members have left their jobs or been fired. Some of them will come back, of course. But it is proof that at least, the boys' club karma is, finally coming after so much pain and careers destroyed.