Frank Ocean's 'Nights' Gets a Rework From LIMBS 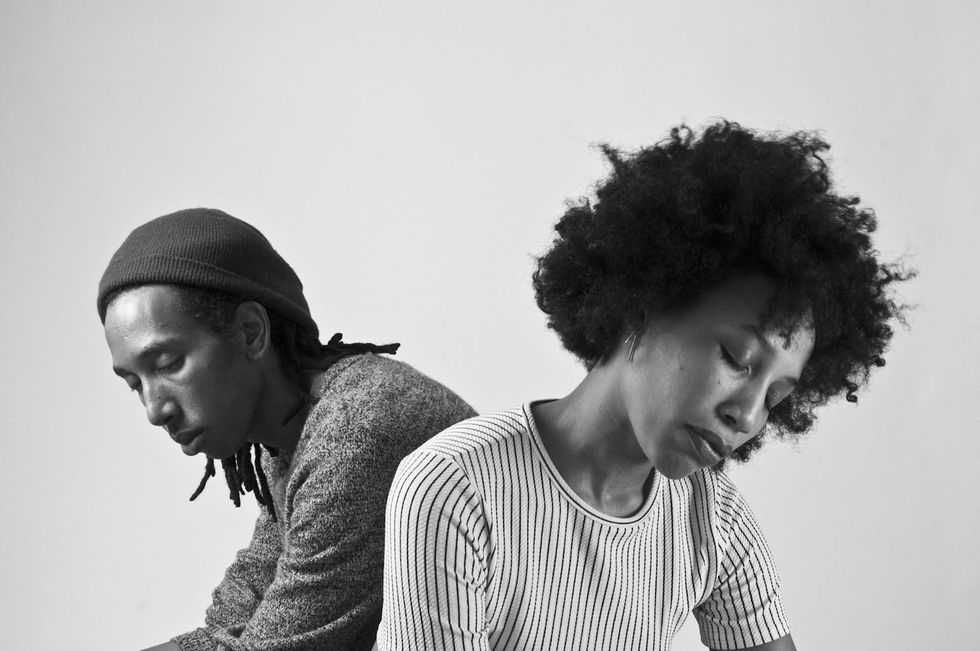 New York-based duo LIMBS want to provide a relief from this week's pain with their reimagining of Frank Ocean’s “Nights.”

LIMBS are a budding, experimental indie-pop duo consisting of Ethiopian-American producer, Kevin Abdella, and singer Kim Mayo. The two created the majority of their Don’t Stay EP while living on opposite coasts, in Los Angeles and Brooklyn respectively. They finally got the chance to record together after Abdella’s recent move to New York, a change that the group says “feels special and is bringing new energy to our process.”

Today, we premiere the first track born of the group’s new collaborative set-up: an artfully-produced rendition of Frank Ocean’s “Nights,” a standout from the singer’s long-awaited sophomore album Blonde.

"We both loved the recent Frank Ocean releases,” the group tells Okayafrica. “They inspired us to be creative at a time when it is most difficult to be. Those records brought us a lot of solace, comfort, and inspiration, and we wanted to honor those feelings by re-imagining 'Nights' from Blonde.”

"We hope that this song gives listeners the same sense of comfort and release from the pain of this election and uncertainty about the future,” the duo says.

Listen to the re-up above and stream the group’s Don’t Stay EP here, along with a gorgeous video for the project's title track. Keep up with LIMBS on Facebook and Twitter.