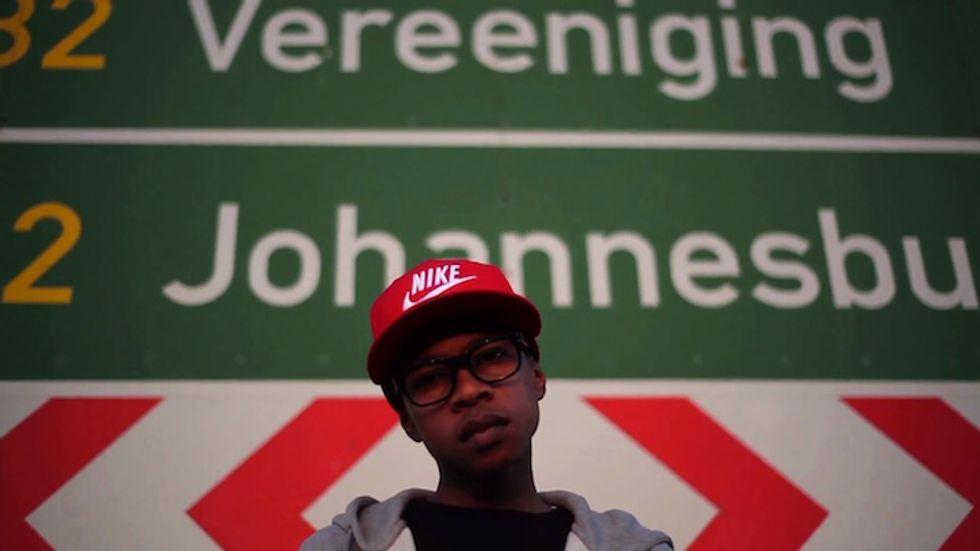 South African brother rappers Fratpack hit us with a special Throwback Thursday with the video for "Calibre Justice (Remix)."

Last month we profiled South African rap outfit Fratpack, a pair of brother emcees making nostalgic noise out of Gauteng. Frat rappers Kitso and Kabelo (aka Mr. Calibre) first shot onto our radar for their work with Revivolution rapper Tommy Ills on "Pacmanbass"– though they've also linked up with Digital Maskandi hero Mashayabhuqe KaMamba on their Brenda Fassie-sampling “Higher.” Their latest mixtape, the 14-track FAMLOVE volume 1: Fun Is Serious (which you can download here), featured verses from the likes of $tilo Magolide, Ofancy, and Tommy Ills plus production credits from BIG FKN GUN, Hopemasta, and Modiakgotla Shole. Today the brothers hit us with their very own Throwback Thursday.

Two years ago Fratpack put out a tape they called FRWEDNESDAY. A standout on the tape featured Mr. Calibre, the more ferocious of the two emcees, rapping over a beat from French mega-producers Justice. Kitso, who handles much of the group's production, shot some footage in the Braamfontein neighborhood of Johannesburg to go along with the "Calibre Justice" track. The video though was soon pulled from Youtube due to copyright issues with the unauthorized Justice instrumental– and shortly after the mixtape was taken off the web entirely. Two years later, the brothers said, Abuja-born, Nigerian producer Jesam MXV showed support with a remix he had assembled for the original track. Inspired, Kitso and Calibre have now re-uploaded the "Calibre Justice" video as an official sample-free remix. Watch the re-upped video and see Fratpack's full explanation below.

Two years ago FRATPACK made a mixtape called the FRWEDNESDAY Mixtape and put it online for free download. On the tape there was a song called "Calibre Justice" which had Mr Calibre rapping over a Justice beat. Kitso decided to take a camera and go down to Braamfontein with some of FRATPACK's friends and just bring the lyrics of "Calibre Justice" to life.

We put the video up on youtube to give a visual representation of the song. The video got a great reception and even had Channel O downloading it straight fom Youtube and playing.

We didnt stress or dwell too much on this and kept it moving... Two years later we get a tweet from a Nigerian supporter @JesamMXV saying he loved the video and that he made a remix. This touched us and we decided to do an official remix so we can re-upload the video ( with sample free beat ) for supporters and fam like Jesam MXV.

This is our Throwback Thursday with a touch of new.