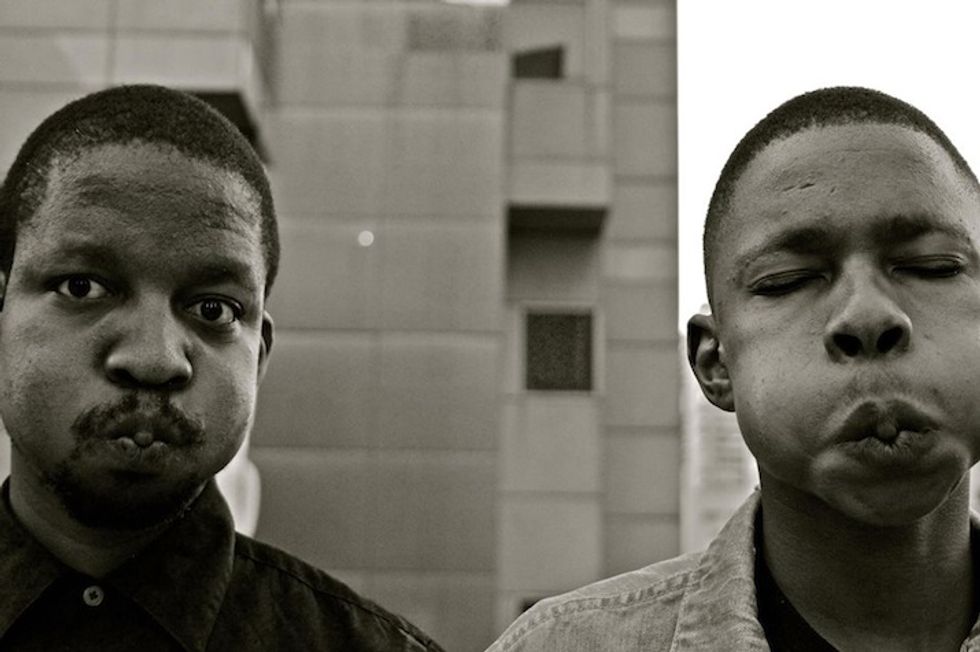 Fratpack is a Gauteng rap outfit made up of brothers Kitso and Kabelo (Mr. Calibre) Moremi, who shot onto our radar last month with a featured spot on Revivolution rapper Tommy Ills' "Pacmanbass" video. "Influences range from 90s boom bap to noughties Neptunes/N*E*R*D to Tribe Called Quest to Zubz and Tumi," they told Okayafrica. Laidback rapper Kitso handles much of the duo's production, while the younger of the two emcees, Mr. Calibre, has a "more in-your-face, energetic type of delivery," they explained. "His rhymes are witty and punchline-heavy." Back in July the brothers came out with their latest mixtape, the 14-track FAMLOVE volume 1: Fun Is Serious, which featured verses from the likes of $tilo Magolide, Ofancy, and Tommy Ills plus production credits from BIG FKN GUN, Hopemasta, and Modiakgotla Shole. Most recently they've delivered the sharp visuals to the tape's hometown nod. Produced by Kitso, "Home Pt. 2 (Oh One Six)" is a hard-hitting celebration of the Vaal Triangle in South Gauteng. "It's just outside of the Free State," Fratpack say. "Vaal is former farm area which is now more Steel company area ( ISCOR ). Not much opportunity for a musician so we decided that wherever music is then that's our home." Download FAMLOVE volume 1:Fun Is Serious and watch the "Home Pt. 2 (Oh One Six)" video below. For more from Kitso and Mr. Calibre follow Fratpack on Twitter, Facebook, Tumblr and Soundcloud.