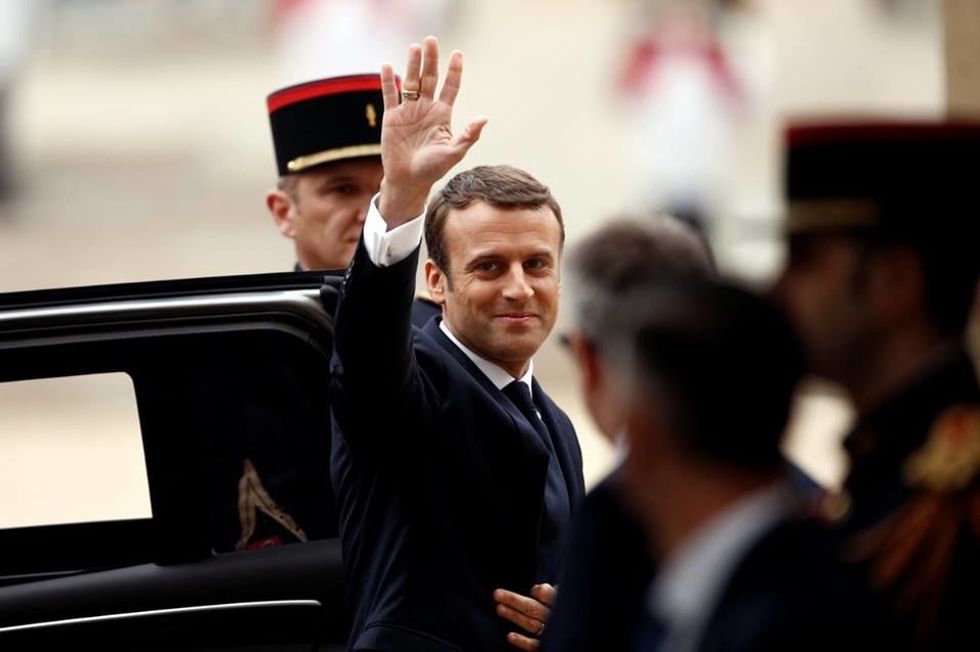 Here are six recent times that France has intervened on the African continent.

President Emmanuel Macron of France will head to Mali next week to visit the French military stationed there as part of France's Operation Barkhane, which currently involves 3,500 troops across Chad, Mauritania, Niger, Mali and Burkina Faso. The operation began in 2014 in an effort to fight extremist insurgencies in the Sahel region.

The timing and urgency of Macron's trip—it's one of the very first things he'll do as president—underscores France's ever-present involvement in Africa.

French presence in the Sahel region is certainly nothing new—after all, every country involved in Operation Barkhane is a former French colony. France intervened in Africa 19 times between 1962 and 1995, culminating in a contentious humanitarian intervention during the genocide in Rwanda. The country's more recent ventures, however, have gone largely underreported by English media.

France's lasting political involvement in francophone Africa is often referred to as "Francafrique"— a term which also acknowledges the "postcolonial" economic payoff that France maintains through its interactions with African nations.

Below, we take a look at some of the most recent instances of France's military involvement in Africa.

Operation Serval was a French military operation that took place in Mali from January 2013 to July 2014. Its aim was to prevent Islamist militants in the Northern region from overtaking the country's strategically located military airport.Operation Serval was replaced by the current Operation Barkhane.

In December 2013, French troops entered the Central African Republic in an effort to "restore order" in the country after Séléka, a rebel coalitions from the North had overthrown the government. Operation Sangaris was France's seventh military intervention in CAR since the county's independence in 1960.

French troops were stationed in Chad from 1986 to 2014 as part of Operation Épervier, which began as an agreement between the two countries to help counter the Libyan invasion in Chad. France was able to justify its ongoing presence in the country by reorganizing the Chadian army and supporting the first multiple party presidential election in 1996.

Djibouti currently houses the largest number of French forces in Africa. France has played a large role in the nation starting in 1991 when the Djiboutian Civil War began. There are around 1,500 French troops stationed in the country.

Operation Unicorn was the French army's peacekeeping mission in Côte d'Ivoire following the outbreak of the First Ivorian Civil War in 2002. The operation was launched in conjunction with the UN's peacekeeping mission in Côte d'Ivoire, which was put in place in 2004. Operation Unicorn formally ended in 2015, but France still maintains a military base in the country.

6. Democratic Republic of the Congo

French troops have been heavily involved in the UN's largest peacekeeping mission in the DRC, the United Nations Organization Stabilization Mission in the Democratic Republic of the Congo (MONUSCO). Their involvement has been rife with controversy as harrowing reports of civilian abuse have sprung up on numerous occasions. In March, the UN signed a French-led resolution to cut the number of forces in the DRC from 19,815 to 16,215 troops.