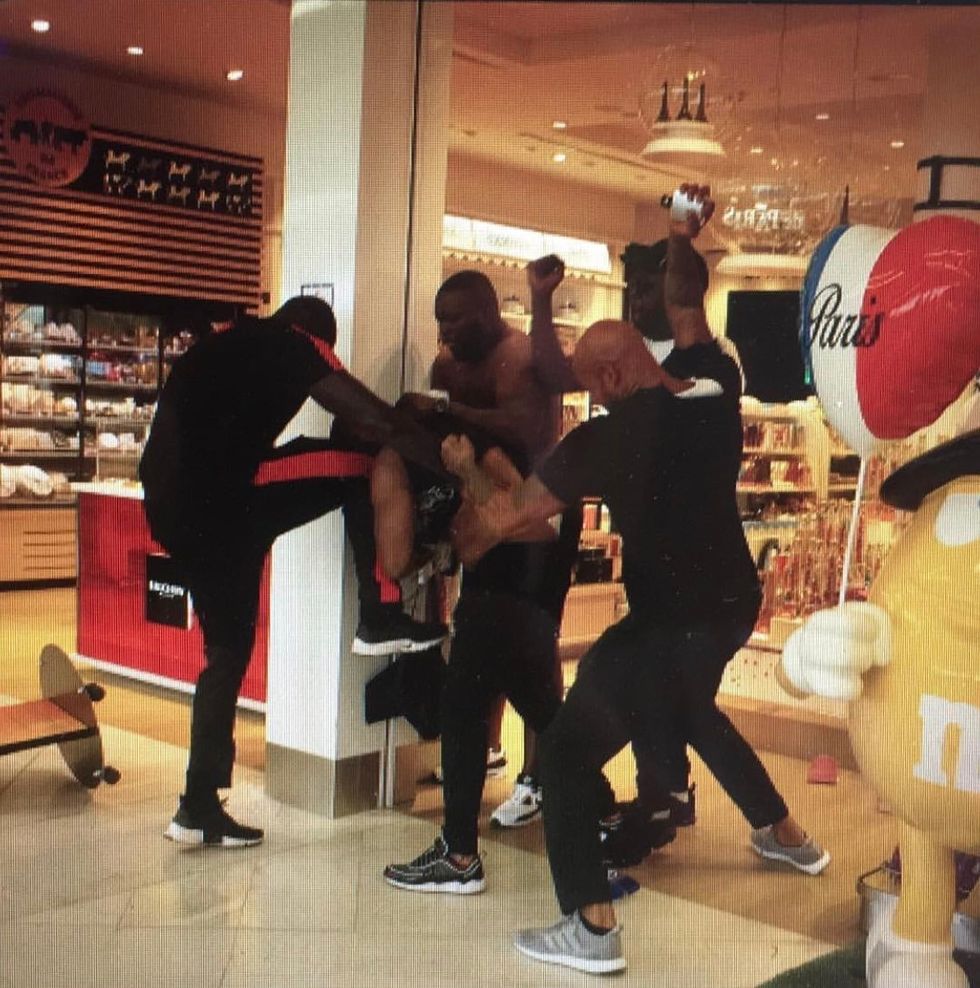 Rap beef just isn't the same as it used to be.

Some people prefer to take their fights to the streets...others opt for airport lounges?

That's where veteran French rappers Booba and Kaaris decided to hash things out on Wednesday as they were preparing to catch flights out of Paris; Orly Airport. The two artists came to blows at a departure lounge causing a terminal closure and brief flight delays, reports Reuters.

Onlookers captured video of the 41-year-old French-Senegalese rapper Booba and 38-year-old Ivorian-born Kaaris along withmembers of their respective entourages, scuffling and throwing fists in a duty-free shop, knocking down stands and causing people nearby—who were just trying to mind their business and catch their flight—to scurry out of their way.

Is this what French rap has come to in 2018? The sad thing is that we've actually seen worse to be honest.

The two rappers were detained along with 9 others following the incident.

Though it is unclear what exactly caused today's incident, Booba and Karris' have been beefing since 2014, according to a Noiseyreport, when Karris dropped a freestyle that appeared to take shots at Booba. It seems that this tussle, in the duty-free section of an airport of all places, is the culmination of four years of tension between them.

What can we say? Rap beef just isn't the same as it used to be—and that's a good thing, we guess.

Of course, the internet has been joking about the "brawl" since the news surfaced on Wednesday.