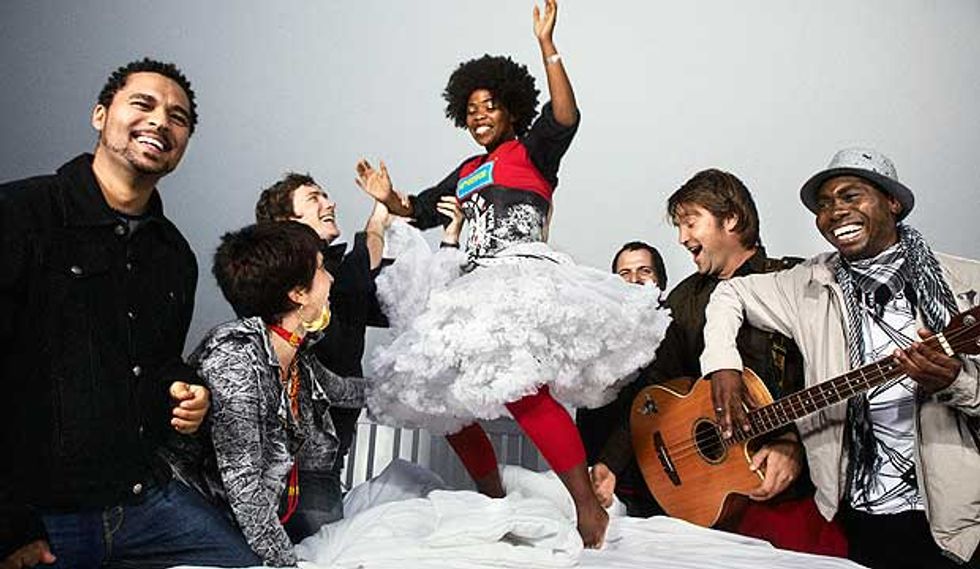 Freshlyground is coming to North America. At the end of June they will play their first major tour in the United States and Canada. The band, whose members come from across Southern Africa, have played all around the world, but are just starting to gain momentum in the United States. Their latest album, Radio Africa (2010), comes on the heels of global recognition for Nomvula (2004) with the hit “Doo Be Doo” that landed the band an MTV Award for Best African Act.

Ma’ Cheri (2007) was the album that continued the group’s prominence in the world, often lauded for its exciting live shows and as an example of an integrated band in post-Apartheid South Africa. Shakira collaborated with Freshlyground on the official anthem for the 2010 FIFA World Cup, “Waka Waka (This Time for Africa)” which they both performed at the pre-tournament concert in Soweto.

The band has announced 12 shows for their North American Tour.