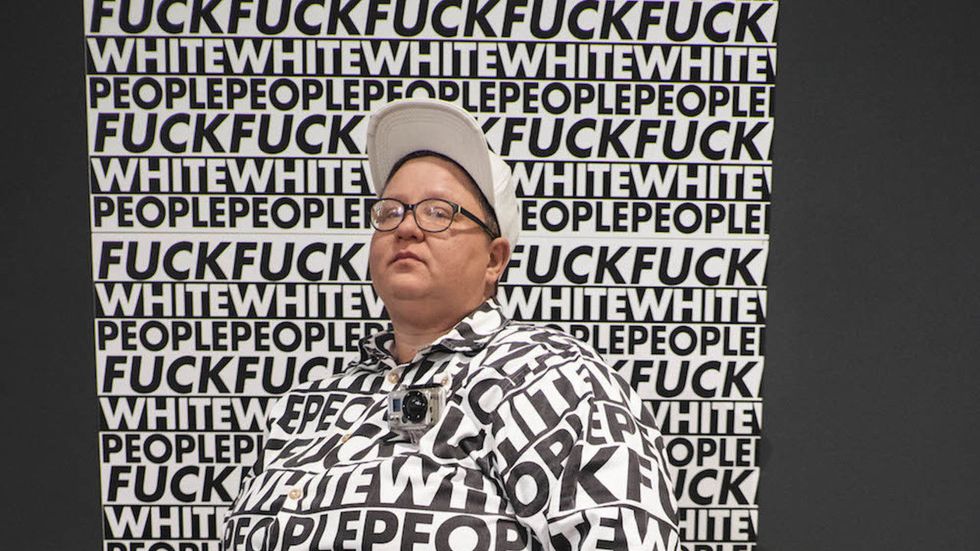 Magistrate Daniel Thulare, in his ruling on the case, declared the artwork as neither racist nor hate speech.

SOUTH AFRICA–Earlier this year, the Cape Party laid charges against the Cape Town-based Iziko South African National Gallery for an artwork titled “Fuck White People.” On Tuesday, Magistrate Daniel Thulare, in his ruling on the case, declared the artwork as neither racist nor hate speech.

The artwork, which was created by Dean Hutton, a Masters student in fine art at the University of Cape Town, has been on display at the gallery since 2016 as part of an exhibition called The Art of Disruptions.

According to TimesLIVE Thulare found that the words “white” and “people” were not directed at all whites‚ but rather to a system of oppression inherent in “white domination,” therefore the display could not be seen as discrimination against all white people‚ he said.

The Mail & Guardian reported that Thulare criticized reactionaries to Hutton’s work with a “pity-me-I’m-a-victim attitude” which sought to suppress views like Hutton’s.

“If there is one thing that the work has achieved, through this complaint and others to which my attention has been drawn if this matter, is to draw South Africans to a moment of self-reflection, if we are serious about building one nation, one collective with the same values and agreed principles,” the paper quoted Thulare to have said.

“Today‚ ‘Fuck White People’ is art. Where is this country going?” asked Cape Party leader Jack Miller, who made reference to how the government under the late ex-president of South Africa promoted a vision of the Rainbow Nation.