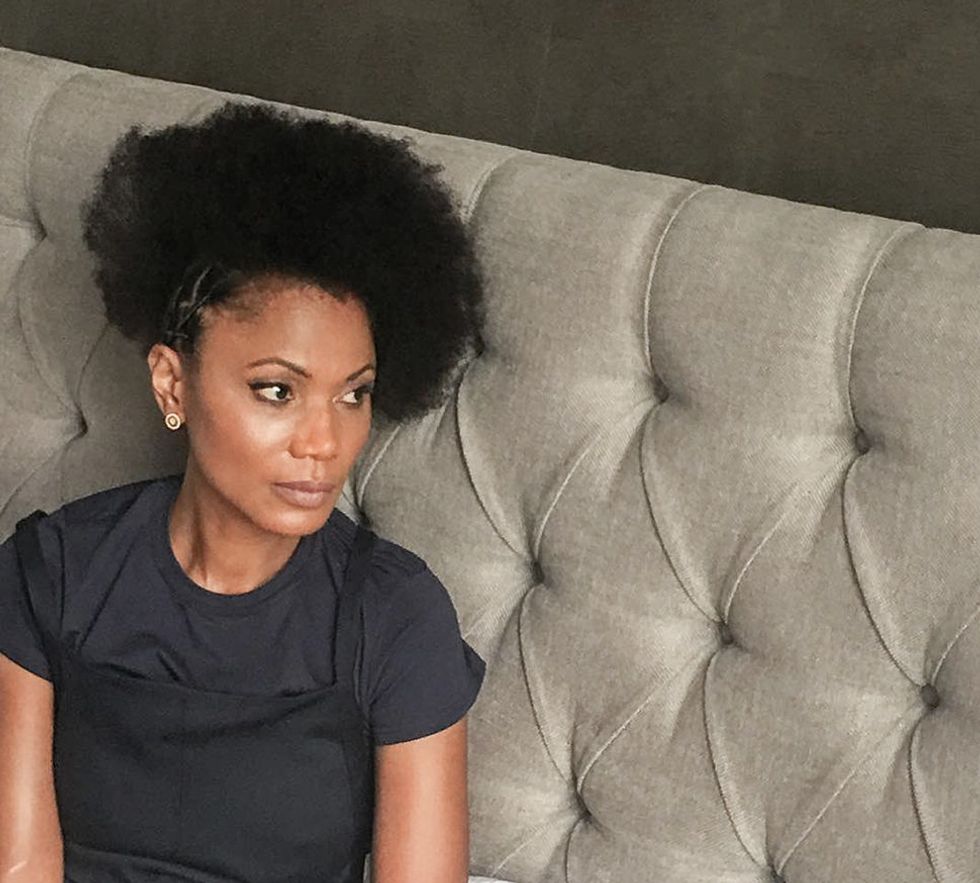 Funmi Iyanda is a Nigerian journalist, blogger and talk show host. She began her ascent into the world of journalism when she became the host of Good Morning Nigeria. With Iyanda at the helm, the show took on a new life. One of her most popular segments, “Street Life”, spotlighted the experience of everyday Nigerians like no other news segment had done before.

In 2000, she began work on her very own show New Dawn with Funmi, which ran for eight years on Nigeria’s national network and became its longest running independently produced show. Her work on New Dawn with Funmi led to the formation of the "Change-A-Life” program, a social justice initiative that helps provide vulnerable communities in Nigeria with access to health services and educational tools. She’s made meaningful use of her platform—using her journalistic work as a springboard for her philanthropic efforts.

She’s produced documentaries like My Country: Nigeria which was released in 2010 on BBC World, to commemorate the country’s 50th anniversary. In 2012, when a hike in oil prices sent frustrated Nigerians to the streets of Lagos in protest, Iyanda created a web-series that provided a critical look into the demonstrations.

Iyanda was named a “Young Global Leader” by the World Economic Forum in 2011 for her contributions to Nigerian media. More recently she was listed as one of Forbes “20 Youngest Power Women in Africa.” She is currently the CEO of Lagos-based media outfit, Ignite Media, and continues to be a luminary for young African women breaking into the media world.