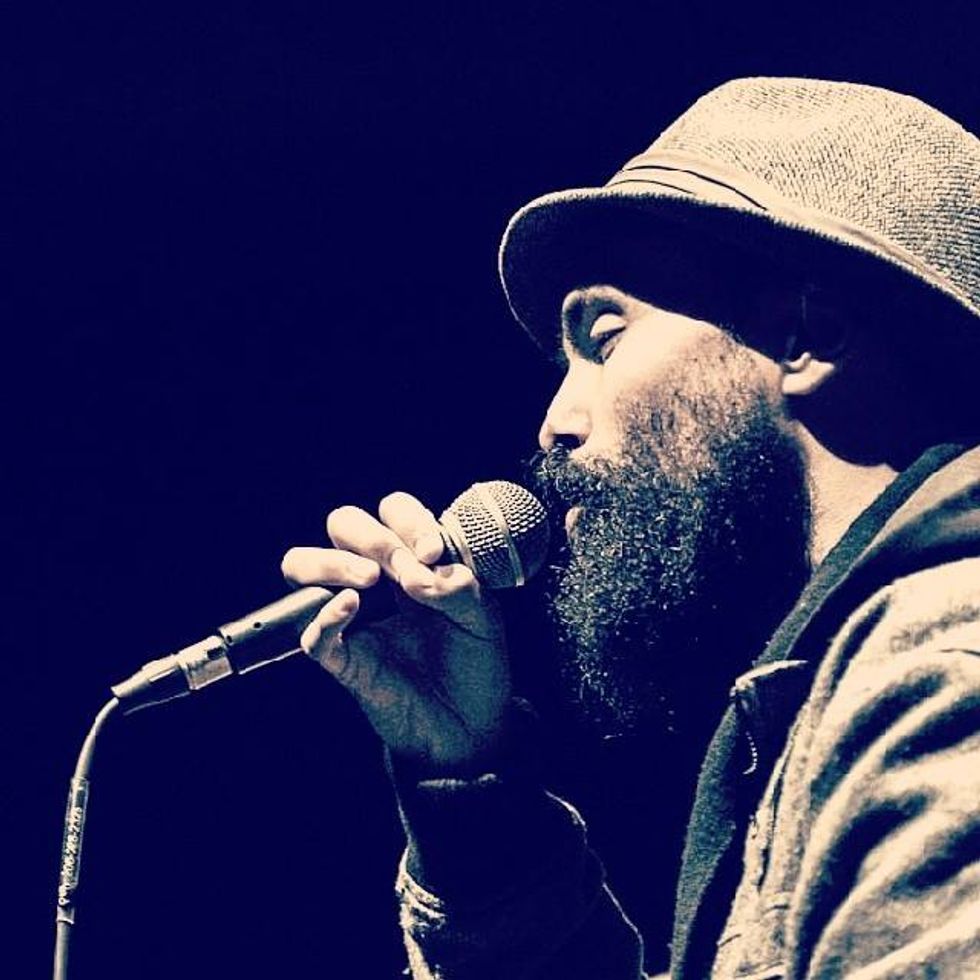 Gabriel Teodros is set to release 'Children Of The Dragon' on May 7th. In the lead-up, we'll be premiering exclusive tracks on Okayafrica.

Gabriel Teodros is no stranger to churning out thought-conscious diasporic hip-hop. A few months back the Ethio-soulsmith joined forces with fellow Ethiopian Sarah MK on a testament to East African romance on "Black Love." Since then Teodros has stayed busy prepping for his latest full length, Children Of The Dragon. In the lead-up to the May 7th release, he's promised to unveil a new track each week, which we'll be premiering here at Okayafrica.

Last week we premiered the first in the series. "24 Hour Layover" is the serendipitous result of a short stop in DC, the physical and mental intersection of a trip between Addis and Seattle. In town for just a day, Teodros was introduced to Ethiopian producer AirMe. Within hours the pair recorded the first track, and impetus, for what would become Children Of The Dragon (whose title is a reference to Ethiopian filmmaker Haile Gerima's Teza).

"Parable of the Dragon"

The second drops comes today with "Parable of the Dragon," in which Teodros rhymes from the perspective of a dragon and a dragon slayer. The parable speaks to a similar idea as Teodros' TEDxRainier talk on Hip Hip & Science Fiction, which he delivered shortly after writing and recording the track. Find out more of the backstory here and listen to "Parable of the Dragon" below. Look out for more off Children of the Dragon next week.

"Grow Before You Blow Up"

Almost exactly a year ago, Homeboy Sandman penned an article on hip-hop and the prison industrial complex. That was right around the same time Teodros and producer AirMe were working on mixing what would become Children Of The Dragon. According to Teodros, after processing the information in Sandman's article, "I then looked around at my community and realized how many independent artists are playing the same role a media giant would have them play, without even having anyone tell them that's what they have to do... as if we're locking ourselves in a cage and holding the keys to our freedom at the exact same time." Written by Teodros and Luam Kidane (whose vocals feature on the track) after the initial round of recording, "Grow Before You Blow Up" thankfully made its way onto the finished release. Listen to it below and head here for additional backstory.

In the final leak in the Children Of The Dragon exclusive series, Teodros narrates those late night pensive walks alone. The rainy-backed "Frida Kahlo" is the lyrical manifestation of 30-something restlessness. Says Teodros, "I love Frida Kahlo for so many reasons, but one reason I think her art resonates with so many people is because she painted from a place of pain and turned that pain into medicine. I think the isolation she felt might of been amongst the deepest pain... hence all the self-portraits. As a musician I feel like each song becomes another self-portrait too."

Look out for the full Children Of The Dragon release next month. Find out details on the Seattle release party (May 7th at Jaam Rek) here.

Watch a visual album stream of Children Of The Dragon featuring looped footage of Addis Ababa traffic filmed/edited by Brandon Eversole. The album is now available to purchase on Bandcamp.