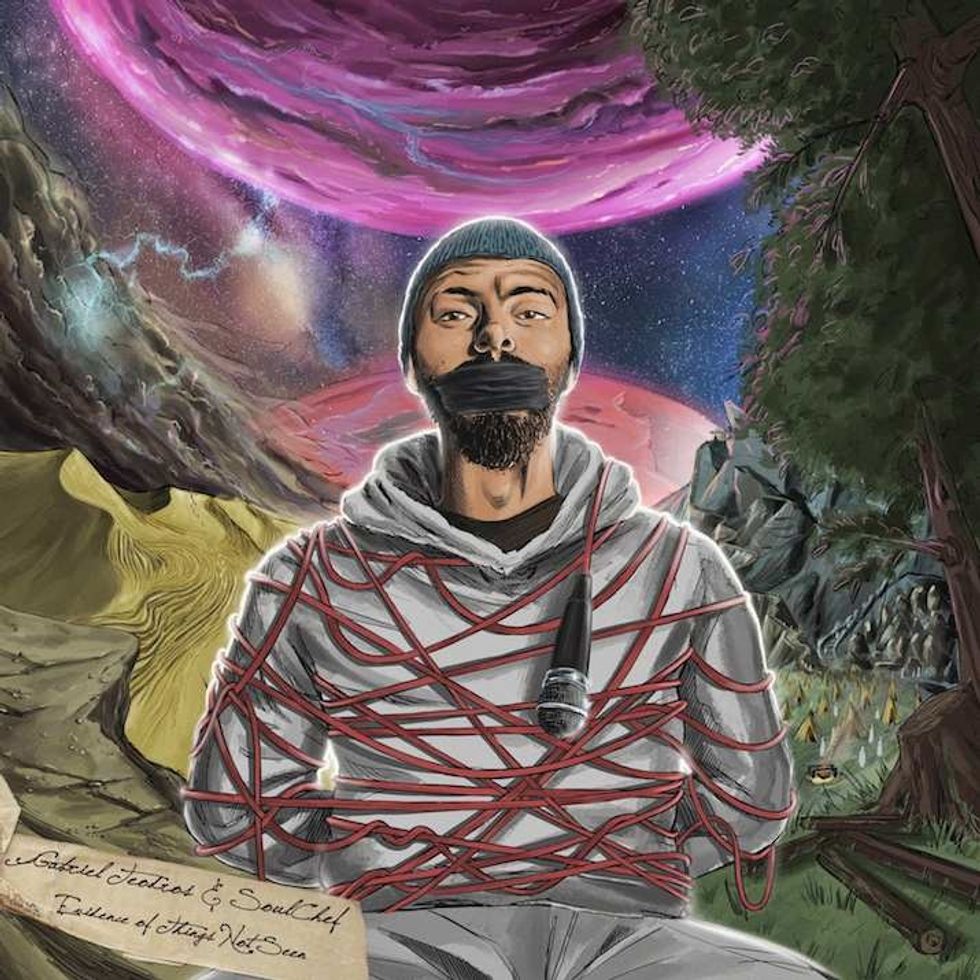 Earlier this month, Seattle-based Ethiopian-American rapper Gabriel Teodros shared the beautifully grainy video for "Black Love." That song and several others arrived this week as Teodros' latest LP, Evidence of Things Not Seen. Produced by the New Zealand-based SoulChef and featuring vocals from Jamaican musician Jonathan Emile, rising Seattleite emcee Shakiah, and Canadian singer Sarah MK, the new album is both danceable and meditative, often in a single track. On middle cut, "Light Attracts Light & Everything Else Too," for instance, Teodros ponders the price of fame and vanity against a background of pounce-like drums, soft keys, and spiky guitars. Speaking on the literary origins of Evidence of Things Not Seen, Teodros told Okayafrica:

"James Baldwin has been a huge inspiration on my writing and life in general these last few years, and he definitely was the biggest inspiration on this album in particular. The title Evidence Of Things Not Seen has several intended meanings, in the same way I believe it did for Baldwin when he authored a book with the same title in 1985. It's about the feeling of not being seen in different ways; it's about seeing things before they actually happen; it's about how much faith it takes to be an uncompromising independent musician in this day & age; and more."

There's significant conceptual depth and ambition in Teodros' new collection that remains both inviting and even warm. Evidence Of Things Not Seen is out now. Listen to the full album and watch Teodros discuss his Ethiopian heritage in an interview with Seattle rap blog 28Hundred below.