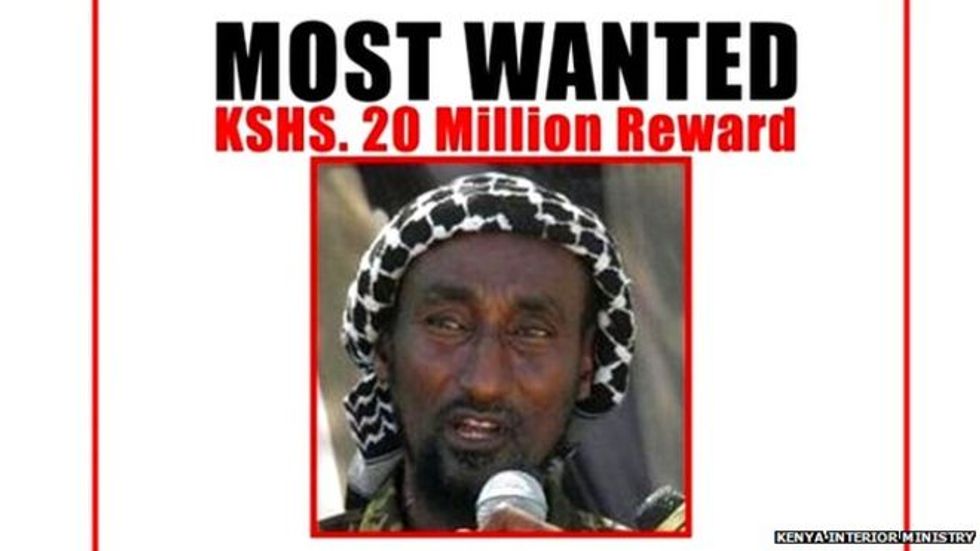 Garissa University's principal describe's the school's reaction to news that terrorist leader Mohamed Kuno died in a raid this week.

When he learned that the mastermind of last year’s Garissa University terrorist attack Mohamed Kuno had been killed, the principal of Garissa University in Kenya, Ahmed Warfa was in Nairobi for the celebration of Madaraka day, the commemoration of when Kenyans attained internal self-rule in 1963.

“So far, no official has called me to confirm that news, but I have learned it from the media here where I am now," Warfa told Okayafrica, "But if it’s true this would be good news. When I go back to Garissa I will celebrate with my students. Remember that the ancestors said that those who use the sword will die by sword.”

Kenyan officials reported that Kuno, who was behind the terrorist attack in April 2015 that killed 148 people at Garissa University, was killed by regional forces among 16 other Al Shabaab fighters during an overnight raid on their convoy in Kismayo, a port city in southern Somalia.

Four of those who died were reportedly senior members of Al Shabaab Islamist militant group including Maalim Daud also who was the head of Al Shabaab’s intelligence hit squads. According to Warfa, this news will bring back the hope to the students of Garissa University who still fear other Al Shabaab terrorist attacks.

“Since our school reopened the security has been reinforced, now we have 30 policemen who protect our school during the day and nights, but my students were still afraid that Al Shabaab would attack us again, but the killing of Mohamed Kuno is a good sign that will bring back the hope for the future again, you know it’s very hard for the student to learn at the same time traumatized fearing another terrorist attack led by Al Shabaab.”

According to AP news agency, US officials said that American forces provided advice and assistance support in the operation that killed Al Shabaab senior members.

Mohamed Kuno wanted poster via the Kenyan Ministry of the Interior

Meanwhile, the Pentagon spokesperson Peter Cook confirmed that last Friday, U.S. forces carried out an airstrike in south-central Somalia that killed Abdulahi Haji Da’ud, a senior military commander for the terrorist group. Da’ud was one of Al Shabaab’s most senior military planners and served as a principal coordinator of Al Shabaab’s militia attacks in Somalia, Kenya and Uganda. He held several positions of authority within the terrorist organization.

“We are confident that the removal from the terrorist network of this experienced Al Shabaab commander with extensive operational experience will disrupt near-term attack planning, potentially saving many innocent lives,” Cook said, adding that the U.S. is still assessing the results of the strike.

Even if the principal of Garissa University says that this act of chasing the terrorist network of Al Shabaab out of the region is good news to celebrate with his students, they still have to remain cautious.

“I can’t wait to get back to Garissa and celebrate with my students and our neighbors who have stayed close to us since our reopening. However we have to remain vigilant and don’t celebrate openly because we are still the target, we are scared that the remaining Islamist militants of Al Shabaab can reorganize themselves and lead other attacks against us, of course we are going to celebrate but cautiously so that we don’t provoke them, they are fearless of killing innocent people,” Warfa said.

Al Shabaab fighters were chased out of the capital of Somalia, Mogadishu, in 2011, but the group remains dangerous threat to the whole region of east Africa.

On Wednesday, fighters from the armed group launched a suicide attack in Mogadishu, killing at least 15 people.