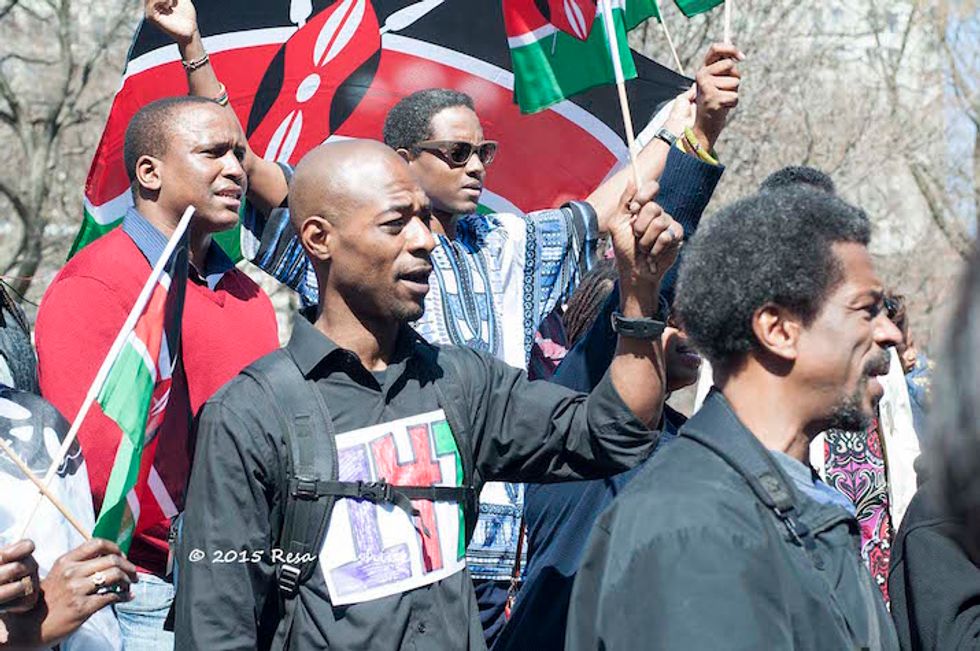 Garissa University in Kenya reopens for the first time since an al-Shabab attack left 148 dead nine months ago.

Garissa University student Sofia Gatwiri was returning to class from lunch with friends last April when al-Shabab laid siege to the campus. Upon hearing gunfire she hid. Some of her friends decided to run for it and were shot. 142 of Gatwiri’s schoolmates died that day in an attack that shocked the world. Nine months after the attack by the Somali militants Gatwiri is returning to Garissa to finish her degree. Classes start today.

“I don’t want to remember anything about the attack, Gatwiri tells Okayafrica. “I’m only going back to complete my program. If I had an option I would not go back there.”

The University’s Principle, Professor Ahmed Warfa tells Okayafrica that students will join the staff today from Moi University in western Kenya where they were received after the siege last year.

“Before the terror attack of al-Shabab we had 800 students,” says Warfa. Today, the university is still actively working to get many students to return. A far smaller number of students, Gathiri among them, will go to class today joining the staff that have already returned.

The government of Kenya has deployed 30 regular police officers to insure the security of the students on campus and surrounding areas. The Red Cross has positioned its team for counseling students who might be experiencing trauma related to returning to the scene of last year’s brutal attack.

Francis Gichuri, a reporter for the Citizen, tells Okayafrica that Kenyans see the reopening as an indication of an improvement in regional security. “This is a sign that Kenya has overcome the terror,” says Gichuri. It’s also a lifeline to the local economy which has taken a big hit since the attacks.

“The campus closing after the terror attack has affected a lot of the businesses around Garissa University, as well as the economy of the region in general,” he says. Many are also excited to see higher education return to the region which is underserved by educational opportunities.

Garissa University was founded in 2011 and was the first and only university in a region which has a population of around 623,000, and an area of about 45,720 km². Most of the students come from North East Province near the border with Somalia. Despite the sense of hope around the reopening, many have concerns. “It’s not secured that much as we would expect” says Gatwiri echoing other students' concerns. “The number of the policemen who are protecting the school is not enough comparing to how big the school compound is.”

Gatwiri remembers her friends who died: “We used to have lunch together. Back in the classroom we’d talk and share stories while waiting for the teacher to come. I feel so bad. It happened so suddenly.”

“Most of us still have the bad memories about how police was late to intervene,” says Gatwiri. “When al-Shabab ran out of bullets they started slaughtering students with knives.”

Security and counterterrorism were at the top of the agenda during Barack Obama’s recent visit to Kenya and Ethiopia. At the time, Obama urged Ethiopian leaders to keep pressure on al-Shabab, the al-Qaeda-linked terrorist group

Last Monday January 4th, 2016 the United States shut down its drone operation in southern Ethiopia. The US military has been using a base in Arba Minch, some 400km (250 miles) south of the capital, Addis Ababa, to launch the remotely-piloted aircraft since 2011. According to BBC Africa; the drones were being used only for surveillance and not for air strikes. They were part of US counter-terrorism efforts in East Africa aimed at groups with links to al-Qaeda.

“The fact that al-Shabab is an ally of Al Qaeda and ISIS it is in the interest of US to eradicate Al Shabab in the East African region," says Alex Kubasu, a journalist at Royal Media Services.

“When he came here, Obama promised collaboration with East African countries to deal with al-Shabab and bring back peace in the horn of Africa.” According to Kubasu, al-Shabab has lately been “diminishing in power and influence, even on the other side of the border, in Somalia”.