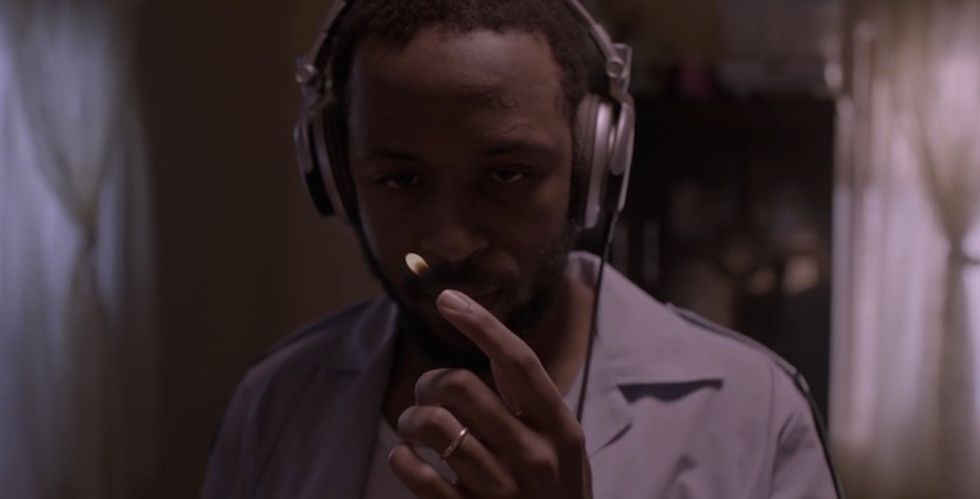 Written/directed by Paul Speirs, The Generation Of Consequence uses Fantasma's Damn! to tell a multi-layered narrative in short film format.

"Youthful resolve is a burning flame, dimmed with time, and snuffed with age," reads the tagline of The Generation Of Consequence. Written and directed by Cape Town-based filmmaker Paul Speirs, the clip uses the Fantasma track "Damn!" to tell a multi-layered, highly interpretive narrative in short film format. The film, which stars Fantasma's bandleader Spoek Mathambo alongside Zimbabwean-born actress Chi Mhende and newcomer Mandilakhe Sabongo, is a story about "the cyclic nature of generational sin, and how the fiery resolve of youth may be the only power strong enough to end a cycle of brutality" explain the filmmakers.

"I wanted to explore the consequences of choice in short film form, to lyrically unfold the loss of innocence with age," Speirs says of his script. He cites American filmmaker Derek Cianfrance (The Place Beyond The Pines, Blue Valentine) and his work telling stories of generational legacy as a source of inspiration. "Youthful resolve, a child's capacity to determine who it is they want (or don't want) to become, is often snuffed out by circumstance and cynicism and inherited by the next generation," Speirs explains. It was the reverse of this idea that intrigued him when conceiving of The Generation of Consequence. "What if the power of this naive resolution, with the potential to end a cycle of brutality," he writes, "is to be the decision maker?"

Speirs also explained why he wanted to work with Spoek on the project. "I’ve followed and appreciated Spoek Mathambo’s varied creative work and particularly his instinct for theme driven narrative," he says. "Working with him and his music, we found a beautiful, almost juxtaposed compliment between the slow unravelling story and beating pace of his Fantasma track. A strange pairing of sorts, that leaves the viewer at odds with the physically small, yet metaphorically large world created in four minutes."

Watch the premiere of Paul Speirs' The Generation of Consequence below. "Damn!" originally appeared on Fantasma's debut album, Free Love, and features guests vocals from Josiahwiseistheserpentwithfeet.

The Generation of Consequence

Written and Directed by Paul Speirs

**Ed. Note: An earlier version of this article was titled 'Spoek Mathambo Stars In This Devastating Short Film From South Africa'