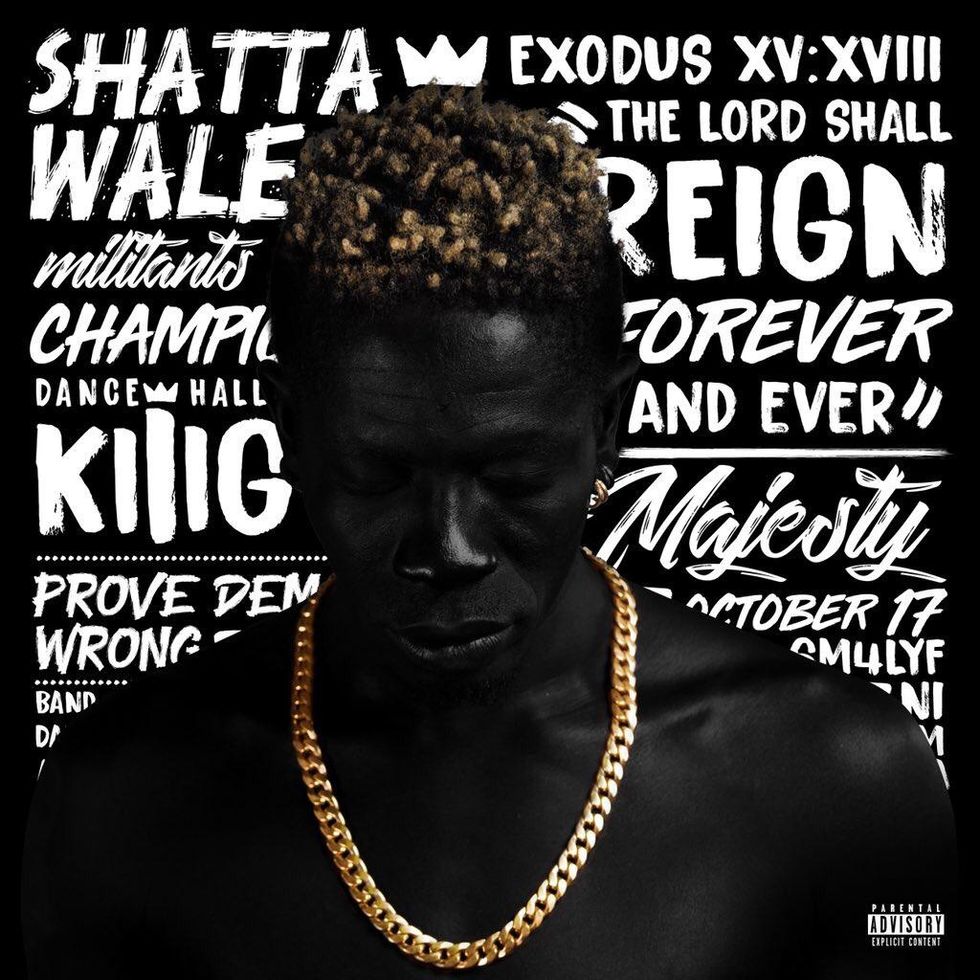 Judging by this month's list, Ghanaian hip-hop is in rude health traversing trap, conscious rap and straight-up bar-fests from both the stars and starlets. Diss tracks by two of the country's prominent artists feature, as does an old fashioned teary ballad, and of course the continuing rise of Wendy Shay.

Sarkodie is energised and lacerating on "My Advice (Freestyle)," on which he dresses down a music foe in a busy month that has seen him drop typically alert verses on "Stables (Refix)" by La Meme Gang whose penchant for dark, brooding trap-infused production is fitting for "Homicide", a barrage of takedowns and insistence on his supremacy.

50 Cent made an art of diss songs that were sing-alongs, a quality "Prepare For War" possesses except for the absence of a foe being addressed. On "Wonders", the rich gruffness in Shatta Wale's voices twins with that of Olamide over a nasty dance beat which both do a good job of taming.

Wendy Shay continues her run of impressive singles revisiting an old music trope famously explored by Brandy and Monica. "The Boy Is Mine" benefits from the reinforcing clarity of Eno's verse, a rapper from whom we should hear more.

Trap-emo has afforded rappers protection from seeming too gooey, an advantage E.L effectively utilises as he bleeds his feelings about failed love.

The big bounce on the beat for "Fine Fine" is verdant ground for the sleek-talking rapper, a quality M.anifesthas in spades—"who dey care about rapping about rapping?"—as well as a knack for word play all of which finds a perfect foil in Olamide's well-judged hook.

Kwesi Arthur's pair of releases this month showcase complimenting knacks for what used to be conscious (but now could be woke) rap on "Apaeyen," as well as the top layer afropop on "Don't Keep Me Waiting" with Kidi.

Kuami Eugene holds his own next to Davido's star wattage on "Meji Meji" which is produced by Fresh DMV ("Nwa", "FIA") and may be a big scoop for the fast-rising afropop star. It also further embeds the Nigerian in Ghanaian pop consciousness.

Kidi adds new life to Bayku's remix of "Ciao Bella" deploying the sweet lightness of his voice but with stank, all of which displays impressive versatility after the top-player afropop affair that is his big single "Thunder".

Produced by Team Salut who recently gave an interview to OkayAfrica, "Pray In The Morning" is a slow chugger of a beat which features a well-judged hook from Eugy whose verse sensibly sticks to English with pidgin inflections while Kwesi Arthur raps in effortless twi.

Intense and happy friendships between males, as portrayed in "Stone Island," are rarely shown in music vieos. The song itself, melancholic as it is, could only achieve that sentiment in parts. A strong sentiment such as: "I felt bad when homie said send me cash and I can't do shit for him / I felt bad when he buried his dad and I showed up late for it" speaks of a private shame while in the video, a shot of the group shirtless and cuddled up in bed is strikingly tender.