Jollof for Days: Ghana is Now Home to the World's Longest Dinner Table 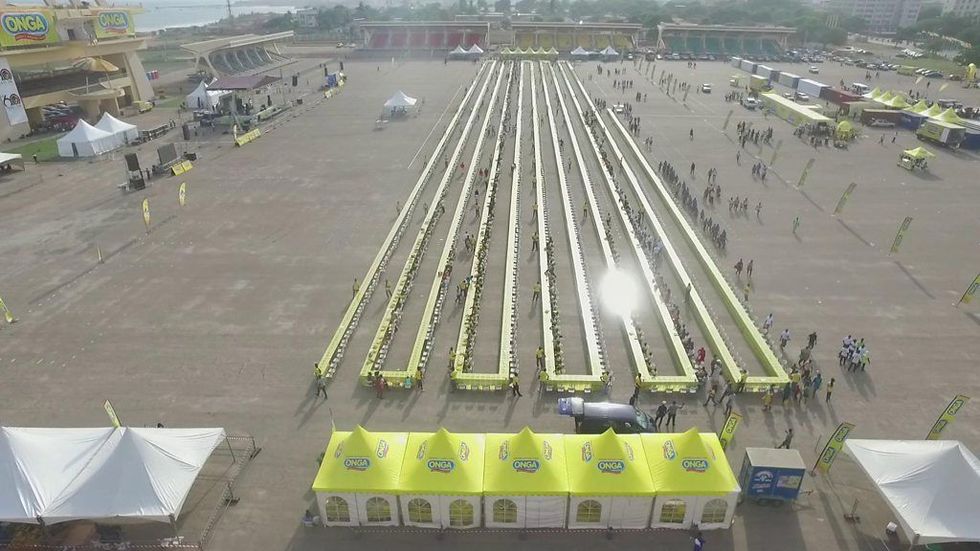 In 1957, Ghana became the first African nation to gain independence, and last Sunday, the country earned another very important title: it is now home to the Guinness Book of World Records' longest dinner table.

Ok, so maybe those two accomplishments aren't quite on the same caliber, but the details of this marathon table are pretty spectacular nonetheless.

The company unveiled the new table on Sunday with a massive feast held at Accra's Independence Square. Around 3,600 guests were in attendance for the festivities, and we're assuming that the jollof was flowing—we'll let you guess whether it was good or not.

Watch some footage from the event below, via Ghana Web TV.