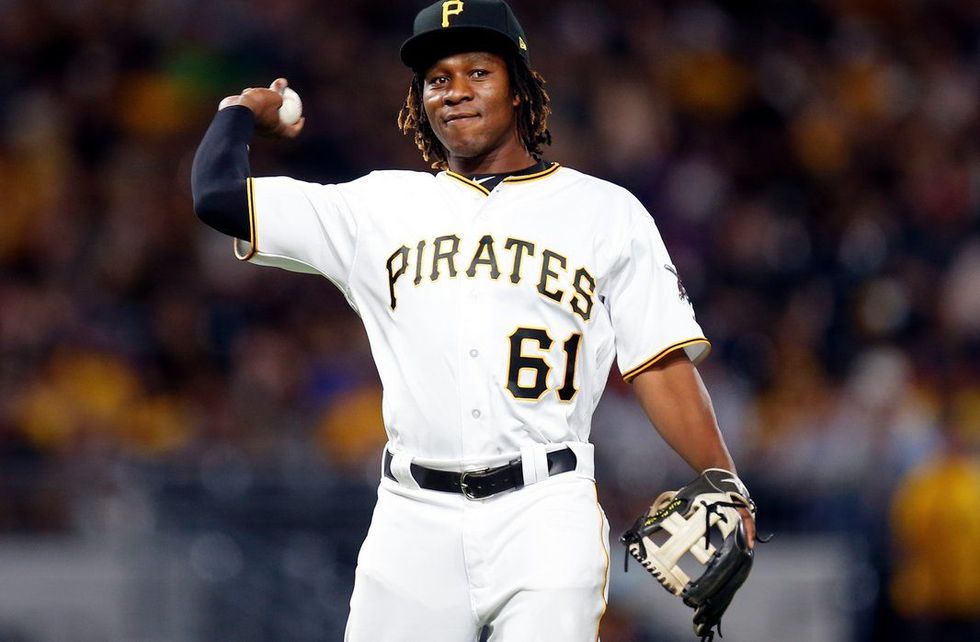 On Wednesday night, South African baseball player, Gift Ngoepe, became the first player from the continent to play in the baseball major leagues.

The 27-year-old shortstop and second baseman, made his major league debut last night in Pittsburgh during a game against the Chicago Cubs. The Pirates' manager, Clint Hurdle made an unexpected switch early in the game, pulling Ngope off of the bench for the first time, to play second base in the fourth inning.

"I told myself not to cry, because I'm in the big leagues and I'm a big guy," Ngoepe said. Francisco Cervelli hugged me, and I could feel my heartbeat through my chest. It was emotional, and I had to fight back the tears."

Not only did Ngoepe play, but he gave an unforgettable performance, getting a hit at his first at-bat, and helping the Pirates gain their 6-5 victory over the Cubs.

Gift Ngoepe, the first African-born player to reach the majors, singled in his MLB debut.

In a post game interview, Ngoepe spoke about what the moment meant for him as a player. "I thought about where I've come from, making the journey from South Africa to pursue my dream of playing in the major leagues someday," Ngoepe said. "I thought about the struggles of being in the minor leagues for 8 and-a-half years and then to finally get up here and get a hit in my first at-bat. The whole thing was just awesome. That's the only word I can think of to describe it. It was awesome."

Ngoepe also spoke about what his accomplishment means for players from similar backgrounds, "It shows that you don't have to be from a big country like the United States to reach your dream of making it to the major leagues...I'm from Africa. Baseball is not a popular sport, but if you work hard enough and dream a little bit, anything is possible."