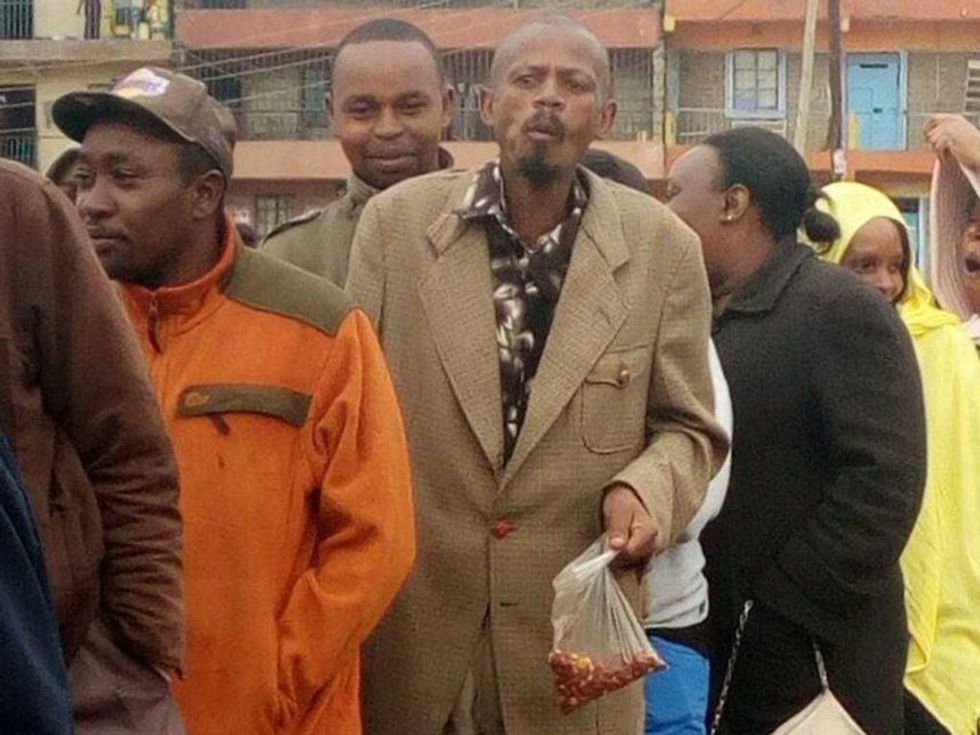 #Githeriman went viral after the recent Kenyan elecltions. See why in it's full hilarity.

In the wake of the Kenyan general election which took place on Tuesday, August 8, one particular photograph has been making waves on the Kenyan internet for the past two days.

His name is #GitheriMan and he has become the spoof of hilarious memes on twitter.

One of the inconveniences of voting day in Kenya is the long queues as people wait to exercise their constitutional right. These queues could be as long as half a mile and, in some cases, citizens are forced to spend hours on their feet before getting inside their respective polling stations.

Due to this inconvenience a lot of people come prepared in advance for the long wait, carrying with them water or food supplies.

It's not too surprising that this man was captured holding a bag of githeri, a traditional Kenyan staple food, as he queued to cast his vote. But the picture has since gone viral and been the object of many, utterly hilarious of memes.

Indulge in some of them below, starting with the original photo.

He's chilling with some evil men

He can hotline bling better than Drake

Oh yeah, he's now a member of Sauti Sol, too

Kimye? Nah, what about KimGi

He can hang with the dragon queen

DAMN, you probably even missed him in "Humble"

Know him? Why people are loving this man and his Githeri. https://t.co/2UKONiZ1wm#Githerimanpic.twitter.com/IdJe92mUvV
— Daily Nation (@dailynation) August 9, 2017