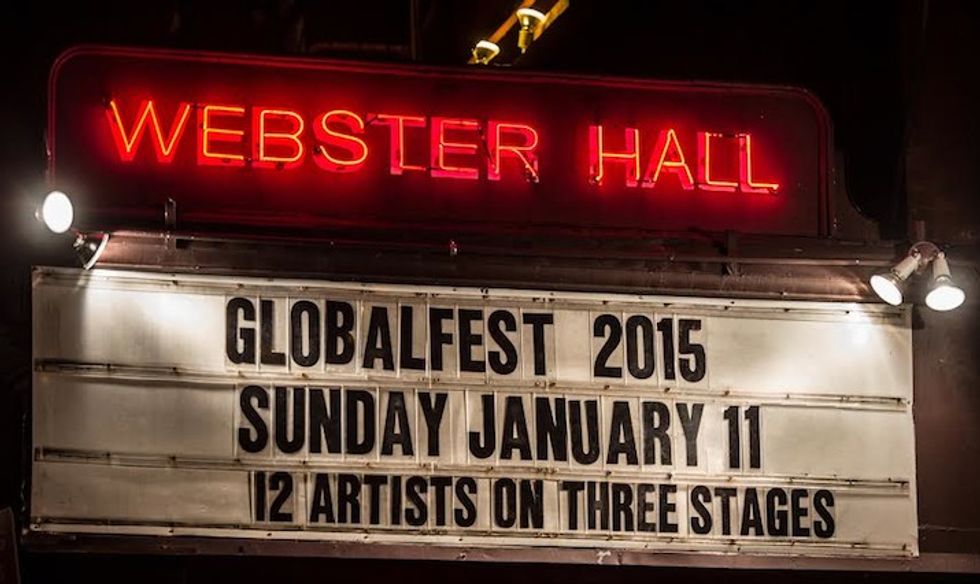 On January 11 at Webster Hall, Okayafrica and globalFEST will present 'globalFEST 2015,' a concert featuring 12 artists from around the world.

This January, we'll be heading to Webster Hall to help present globalFEST 2015, a concert featuring 12 groundbreaking artists from around the world. With a roster that includes Kenyan pop group Just A Band, Zap Mama,The Nile Project, Moroccan/Israeli singer Emil Zrihan, and Brazilian afrobeat orchestra Bixiga70, the show will boast a deep palette of different sounds on three stages (some of the acts will be performing in America for the first time). In anticipation, we'll be giving away two pairs of tickets to globalFEST, enter below for a chance to win! For more information about the concert see the full flyer below and head to globalFest's website.

>>>The contest is now closed. Winners have been announced, thanks for entering!