Grace Mugabe Claims 'Unhinged' Model Attacked Her With a Knife 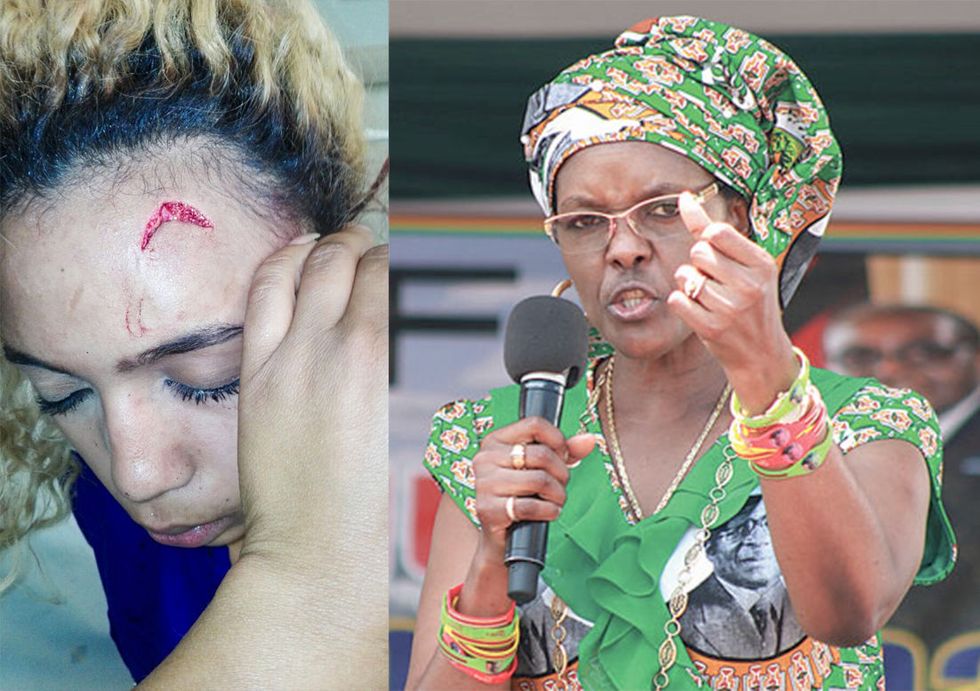 Is there more to the Mugabe assault story?

In a deposition released today and dated August 17th, Zimbabwe's first lady, Grace Mugabe, accuses the South African model Gabriella Engels of attacking her with a knife and "reserves the right to press charges of attempted murder" against her. As reported by Reuters, Mugabe claims that "Ms Engels, who was intoxicated and unhinged, attacked Dr. Grace Mugabe with a knife after she was asked to leave the hotel."

Last month Engels went public with accusations that Mugabe had attacked her with an extension cord at the Johannesburg apartment of Mugabe's two sons while security looked on. It sparked a media storm with many calling for Mugabe to face charges.

It even prompted South Africa to ground flights to prevent Mugabe fleeing the country. But she was eventually given diplomatic immunity and allowed to leave.

... On Sunday August 13th 2017 her sons were in trouble with a drunken young woman. She [Mugabe] was worried about them and went to see them at their hotel suite. Upon her arrival Ms Engels, who was intoxicated, and unhinged, attacked Dr Grace Mugabe with a knife after she was asked to leave the hotel room. Security was left with no other option but to remove Ms Engels from the hotel suite.It has come to the Consulate's attention that Ms Engels had been in a fight with other women at Taboo nightclub on Saturday the previous night (12 August 2017) before she went to the hotel where Dr Grace Mugabe's children were. It is unclear whether some or all her injuries, posted on social media, were a result of a fight at Taboo nightclub, or when she was removed from the hotel because of her drunken behaviour.
Dr Grace Mugabe denies the malicious allegations made against her by Ms Engels, and her friends, who were intoxicated at the time. Dr Grace Mugabe reserves the right to press charges of attempted murder against Ms Engels.
I humbly request that the allegations against Dr Grace Mugabe be dismissed.

But the prevailing mood on social media seems to be skepticism with many asking why Mugabe didn't go to the police herself or why she fled. The statement also seems to contradict the security assessment done by the hotel following the incident that points to Grace Mugabe's party as the agressors.

Most people are responding to what seems like a lot of inconsistencies.

So Grace Mugabe says she never attacked the girl, but that the girl attacked her with a knife. Yet it's the girl who sustained injuries 😡
— Mboni Mushiana (@Mboni Mushiana) 1505129089.0