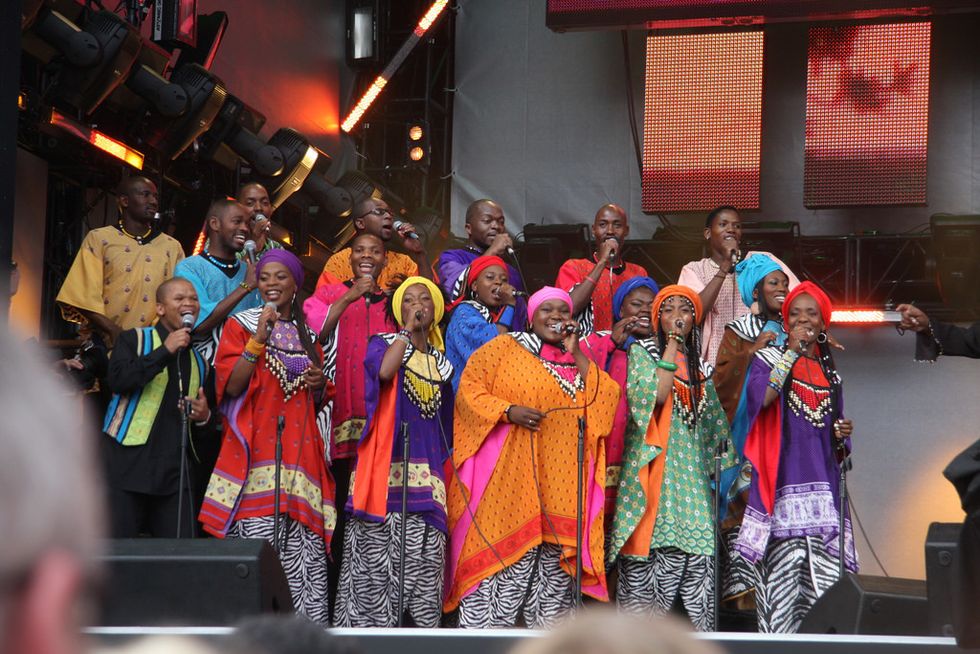 This is the South African group's third Grammy win.

The Recording Academy has already begun to dish out this year's trophies for the 61st Grammy Awards. Our eyes were set on who out of the four African musicians would snag the award for "Best World Music Album"—and the winner is South Africa's very own Soweto Gospel Choir for their album, Freedom.

The group has been nominated for a Grammy five times, as this win is the group's third. Their two previous wins were back in 2007 and 2008, where they won the award for "Best Traditional World Music Album" both years. The choir was among a strong group of nominees, including Seun Kuti and Fatoumata Diawara—who performed at the Grammy Awards Premiere Ceremony earlier today, as musician and guitarist Bombino—the first Nigerien artist to be nominated for an award.

The Soweto Gospel Choir recently joined Beyoncé in her Zulu rendition of "Halo" at the Global Citizen Festival: Mandela 100 concert back in December—revisit their take on the song performed on eNCA below.

South Africans have also taken to Twitter to give the group their due congrats.

Congratulations to Soweto Gospel Choir for clinching the Best World Music Album grammy for Freedom. This is their… https://t.co/PIz8Nhh7S9
— Mbaliyezwe Ndlela (@Mbaliyezwe Ndlela) 1549838726.0

Stay tuned for more relevant coverage around the 2019 Grammys here on OkayAfrica.