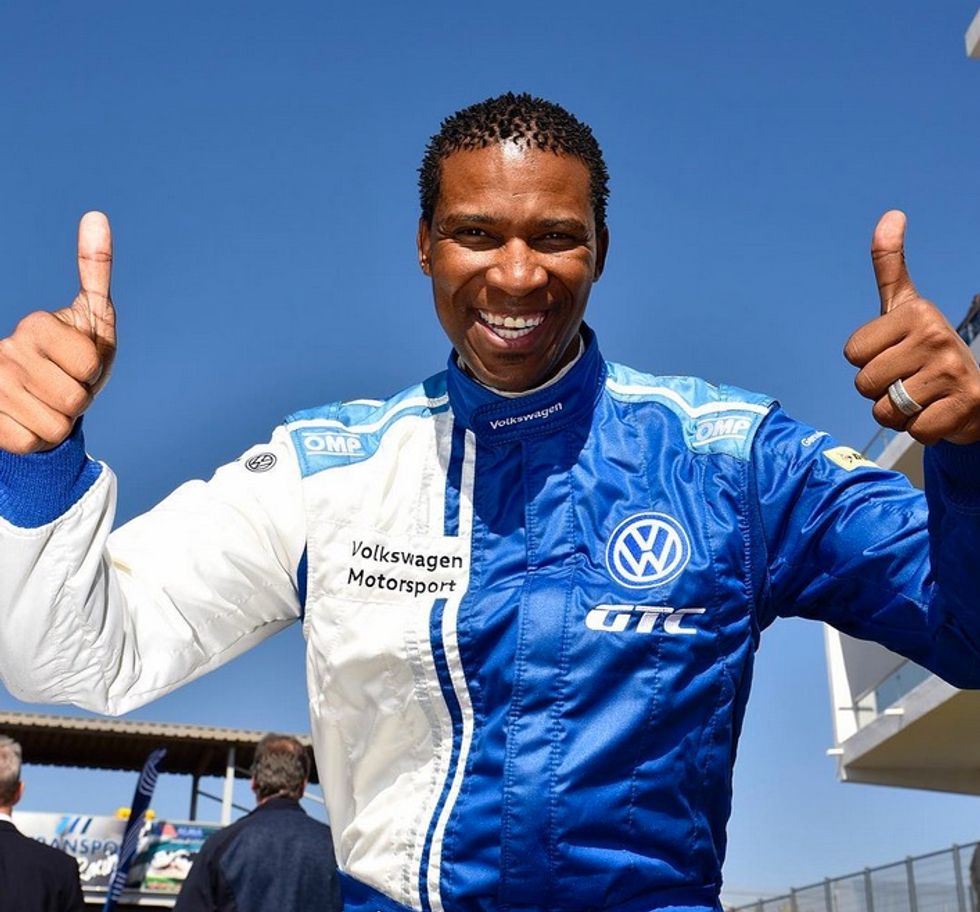 Zulu, 38, and his wife, Letshego Zulu, were taking part in the annual Trek4Mandela expedition to raise funds and awareness for the Imbumba Foundation’s Caring4Girls programme, which distributes sanitary pads to underprivileged girls across South Africa. The 2016 expedition aimed to raise funds to ensure that 350 000 girls would not miss a day of school due to menstrual challenges.

The climbers were due to summit today to coincide with Mandela Day. While the exact cause of Zulu’s death remains unclear, reports say he experienced issues breathing last night and was subsequently taken down the mountain.

“It is with a heavy heart that we announce that one of the climbers on the Trek4Mandela, Gugu Zulu, lost his life while summiting Kilimanjaro early this morning before summiting,” confirmed Neeran Naidoo, Director of Communications of the Nelson Mandela Foundation.

“Details are sketchy. What we do know is that Gugu experienced problems breathing. The medical team supporting the trek put him on a drip and they descended the mountain with him. We are informed that the medical teams tried everything possible to save his life,” Naidoo continued.

“I am devastated. I knew him well. I recruited him to climb Kilimanjaro. The last thing he said to me at the airport before he left last week was that he wanted to speak about doing other Mandela Day projects. I feel a huge sense of loss,” Sello Hatang, CEO of the Nelson Mandela Foundation, said in a statement.

Prior to his death, Zulu shared encouraging updates on the trek up Kilimanjaro. In one of his final Instagram posts, he wrote: “Made it though day2. My wife is doing fabulous, she has even learnt the local language. Am having flu like symptoms and struggling with the mountain but taking it step by step!! Today we managed to see our destination and our camp is literary above the clouds!! Bring day 3!!”

Made it though day2. My wife is doing fabulous, she has even learnt the local language. Am having flu like symptoms and struggling with the mountain but taking it step by step!! Today we managed to see our destination and our camp is literary above the clouds!! Bring day 3!! #AdventureCouple #AdventureLiving #Trek4Mandela #Caring4Girls #Thule #Fitbit

The Soweto-born driver was affectionately called “the fastest brother in Africa.” In addition to his racing career, Zulu was known for his work in South Africa’s television industry. In 2005 he joined SABC’s Car Torque as one of the motor show’s presenters.

Gugu and Letshego Zulu married in 2014 after 13 years together. They were known as South Africa’s “adventure couple” and had one child, a daughter born in 2014.

Zulu’s death comes as a shock to much of South Africa. Tributes have been pouring in all day.

“Gugu Zulu's life demonstrates that you should live yours to the fullest,” tweetedAKA. “Take a page out of Gugu Zulu's book, and go for it ... Live your life ... Because you never know….”

Hip-hop artist Soloshared that Zulu took him go karting for the first time when he was seven. “Gugu and his family helped raise me in Diepkloof. I lost a brother... Gugu supported my career as much as I supported his. He saw a superstar in me. You never realise the weight of sum1s support til they're gone."

Presenter and model Lunga Shabalalasaid Zulu was “one of the realest and kindest souls [he] knew.”

“With a broken heart I would like to say RIP my son Gugu Zulu u died doing good,” wrote pop legend Yvonne Chaka Chaka.

“We fought a good silent fight to get more blacks into Motorsport,” said broadcaster Bob Mabena.

Here’s how more of Zulu’s peers are remembering him on social media:

A life well lived...to its fullest. And yet gone too soon #RIPGuguZulupic.twitter.com/iRbXVno0o4

Completely shaken by the passing of #GuguZulu ... What a champion.?

Thinking of his wife, how broken she must be.

Heartbreaking news about #GuguZulu's passing. A truly inspiring soul. Love and comfort to his wife and family. May he rest in peace.

Of mountains. And men. RIP #GuguZulu, a revving champion of a South African. Climbing for Mandela. https://t.co/NULhaOpm4T

I'm so sad. I'm sorry. I'm praying. Lord, I pray for the wife and family of #GuguZulu . pic.twitter.com/yIcuJQ7wmb

My heart breaks for Letshego & her daughter.. May God give them & their family strength.. #RIPGuguZulu

I'm disturbed by Gugu's passing,last time i saw him,he was excited couldn't stop taking about his next adventure, this is sad ?#RIPGuguZulu

What a shock! Saddened to hear about Gugu Zulu's passing. Died on national duty, for such a noble cause. RIP hero. pic.twitter.com/aNtQa6BZGT

Love and condolences to the family of Gugu Zulu. Such a tragedy ??❤️?

Last time I saw Gugu, we were playing 30Seconds at Farah's house. That's a great memory. That's how I'll remember him. ??

There's solace in the fact that Gugu died doing something out of the goodness of his heart, doing what he loves with the love of his life...

RIP #GuguZulu ? who passed away on Mnt. Kilimanjaro, you were an inspiration to many✊?