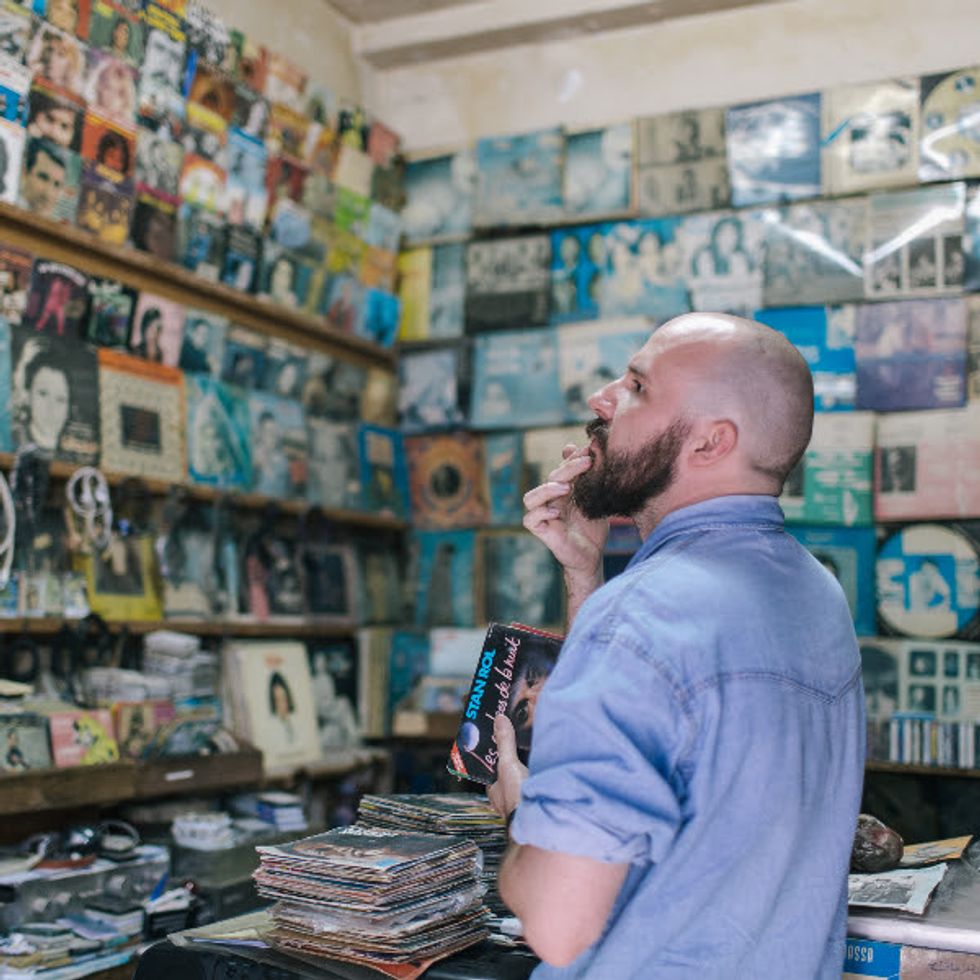 On the heels of releasing the Arabic 60s/70s Vinyl Mix Part 2 this past March and touring with Ghanian hip-hop artist Blitz the Ambassador, Jannis Stürtz of Jakarta Records has dropped the third installment of his psychedelic project Habibi Funk 003 Mix. The entrancing mix is stacked with countless funky vintage Arabic records from the 60s and 70s.  "After every mix I make I feel like... getting enough records I like for the next one will be tough," Jannis mentions about finding inspiration for his compilations. "But every time I end up getting proven wrong by the rich musical heritage of Arabic musicians that worked on combining local influences with western musical traditions."

Jannis, co-founder of the German-based Jakarta Records, also recently launched the new imprint Habibi Funk. Habibi Funk 003 Mix features several artists that hail from the North African region including acts from Tunisia, Lebanon, Sudan, Morocco and Egypt. As for what's next for Habibi Funk, Jannis mentions, "Apart from the Dalton re-release that you can hear on our soundcloud we are working on rereleasing Fadoul’s music, Morocco’s answer to James Brown, who was also featured on the first two mixes. The artist himself passed in the early 90s but thru a countless number of leads we luckily ended up finding his family in Morocco, one of the highlights of my last trip but more from this later."

Stream Habibi Funk 003 in its entirety and check out our full exclusive tracklist below.