Driving Forces: Hair by Susy is Building Community in Brooklyn | Presented by Uber 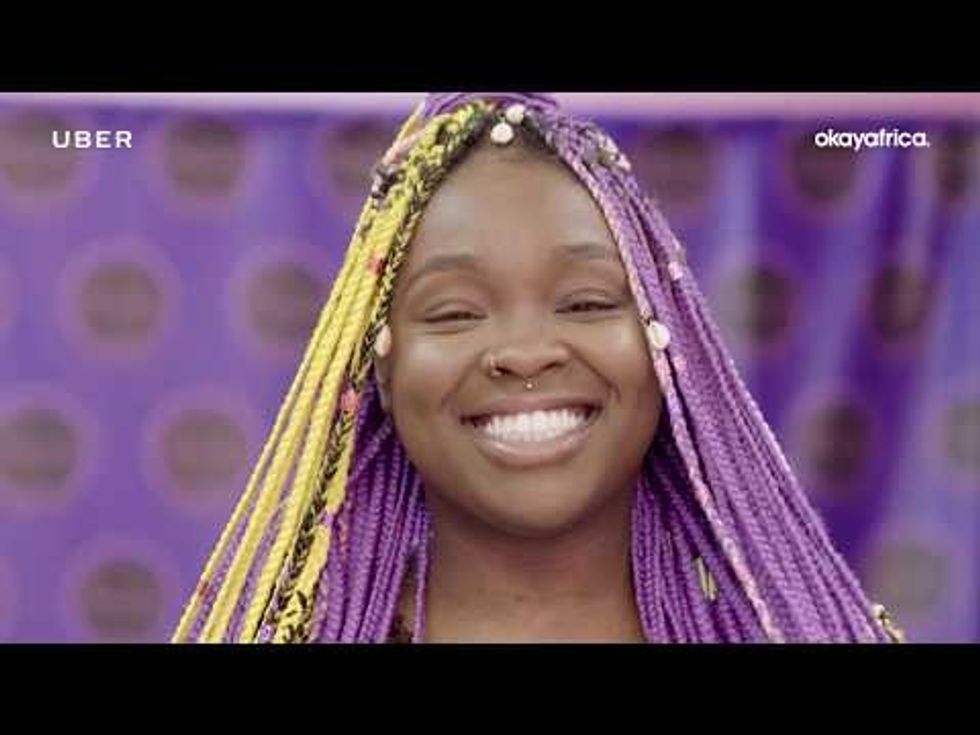 We catch up to the hairstylist to the stars in East New York and talk about what it means to be inspired by other women.

Driving Forces is a video series profiling young creative people who are empowering their communities. We've partnered with Uber to highlight the stories of influential women whose work brings underrepresented voices to the front. Read more about how Uber is supporting women this in the workplace here.

Bronx-born Susy Oludele used to be bullied in school for being different. Her vibrant hairstyles made her stand out. That's when she came up with the name "African Creature," to describe herself, a larger than life persona that she is still known by on social media.

Susy's Nigerian parents wanted her to be a lawyer or a doctor but her dream was to open her own salon. It took years of struggle, including a dip into homelessness, before she could realize that vision. Susy never lost that dream, teaching herself how to braid and eventually getting that beauty license.

Today her Hair by Susy salon is an East New York go-to for incredible multi-colored box braids and locs. Her many celebrity clientele, among them world famous performers and musicians, know to go there for unique hairstyles putting Susy's designs at the forefront of global culture. In just three years, the salon has created a community of women, both clients and hairdressers, who credit Susy with inspiring them to be themselves.

Susy's designs have gone far past East New York and reached places she never expected. Nigeria, Aruba, Brazil—wherever black women are in the world, they're using Susy's styles as jumping off points to create new versions. This inspires her once again. It's this magical cycle of mutual inspiration that's at the heart of what community is for Susy.

"People can be inspired by what you do." she says. "When you do good work, and take care of your clients people talk about you."

Like Susy, Uber is building communities for women within its company. "Women of Uber" is the name of an initiative that promotes the advancement of women, accelerating professional development, and partnering across the company to attract & retain top talent—all important building blocks in the goal to increase the representation of women in leadership roles at Uber globally.

"Women have done so much for me," says Susy. For her, women supporting other women is a kind of magic born out of the creative process. "Keep creating," she says, "because if you stop creating then you stop your magic—your light."