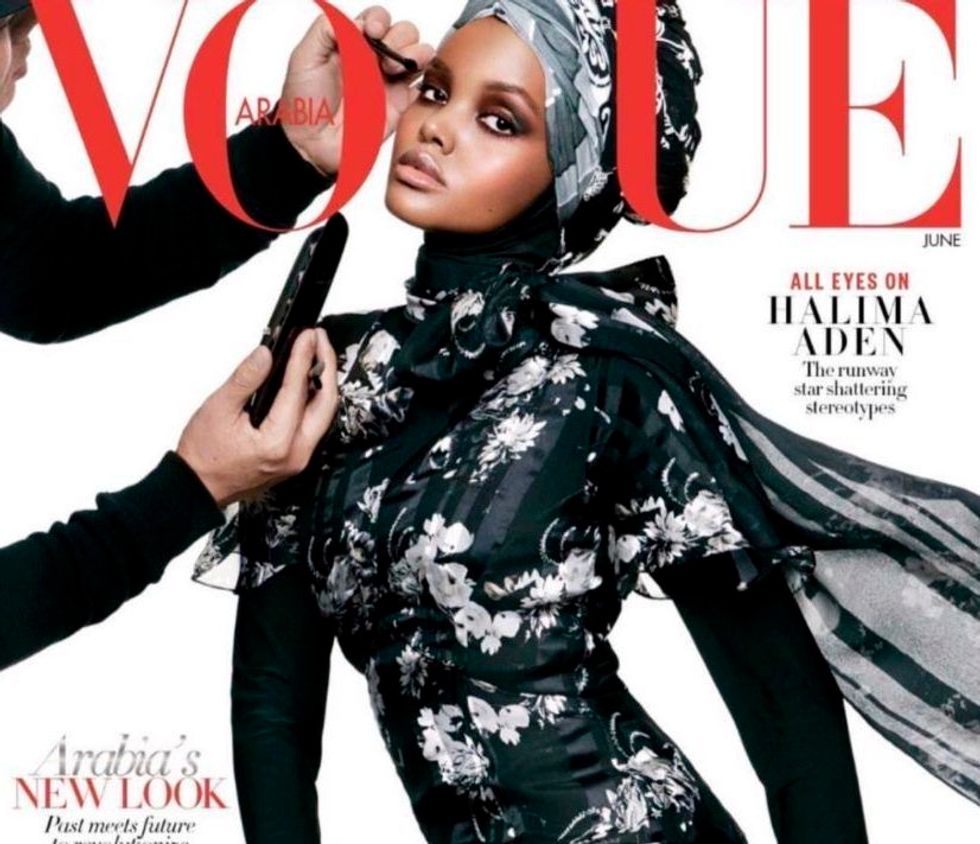 Halima Aden has become the first Muslim model to wear hijab on the cover of Vogue Magazine.

The Somali-American teen has already broken barriers for Muslim women in the modeling industry–she was the first hijab-wearing woman to participate in Minnesota's Ms. USA pageant, and she made her modeling debut in February at Kanye West's Yeezy Season 5 presentation during New York Fashion Week.

The 19-year-old model continues her trailblazing streak, as today, Vogue Arabia announced that she will be the cover star of their June issue, "All Eyes on Halima." They released the cover earlier today, which features Aden in full hijab, with a tagline referring to her as "the runway star shattering stereotypes."

In a behind-the-scenes clip from the magazine, the model spoke about the importance of broader representation in the world of fashion. "Every little girl deserves to see a role model that's dressed like her, resembles her or even has the same characteristics as her," says Aden. "I think beauty is for everyone and I think everyone can look beautiful, you just have to be confident."

View the clip below and be on the lookout for the issue to hit stands this month.