Has Liberia Been Knocked Off Line? Not Exactly. 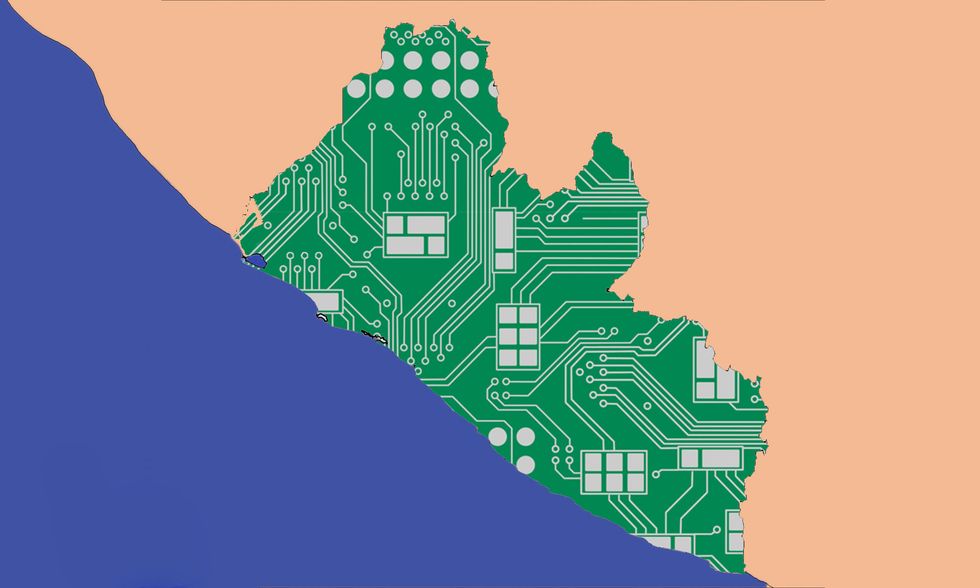 Liberia's internet has been attacked by the same malevolent hackers that shut down many American sites last month. What's going on?

The world is freaking out about a cyber attack that has shut down Liberia's internet multiple times over the last week. The perpetrator is something called a botnet. Named Mirai #14, this network has been flooding Liberia's minimal internet infrastructure with traffic, causing periodic jams.

According to researchers it appears to be run by the same group of hackers that managed to shut down many large sites across the American East Coast last month—another practice run, perhaps, for taking down an even larger target.

Most news reports are based on research by security expert Kevin Beaumont who has been documenting the attack. Here's what he had to say:

Over the past week we’ve seen continued short duration attacks on infrastructure in the nation of Liberia. Liberia has one internet cable, installed in 2011, which provides a single point of failure for internet access. From monitoring we can see websites hosted in country going offline during the attacks — additionally, a source in country at a Telco has confirmed to a journalist they are seeing intermittent internet connectivity, at times which directly match the attack. The attacks are extremely worrying because they suggest a Mirai operator who has enough capacity to seriously impact systems in a nation state.

Lost in most of these hyperbolic tech articles about the disasters befalling the Liberian internet are Liberians themselves. I reached out to friends in Monrovia over social media and the response is a mixed bag. Many said they couldn't distinguish the cyber attacks from the regular ups and downs of Liberia's notoriously inconsistent internet coverage. Others said it's been bad.

Gboko Stewart, a local journalist and radio personality told me it "has been completely disruptive. Facebook and other social networks have been a problem—difficult to access. Even gmail."