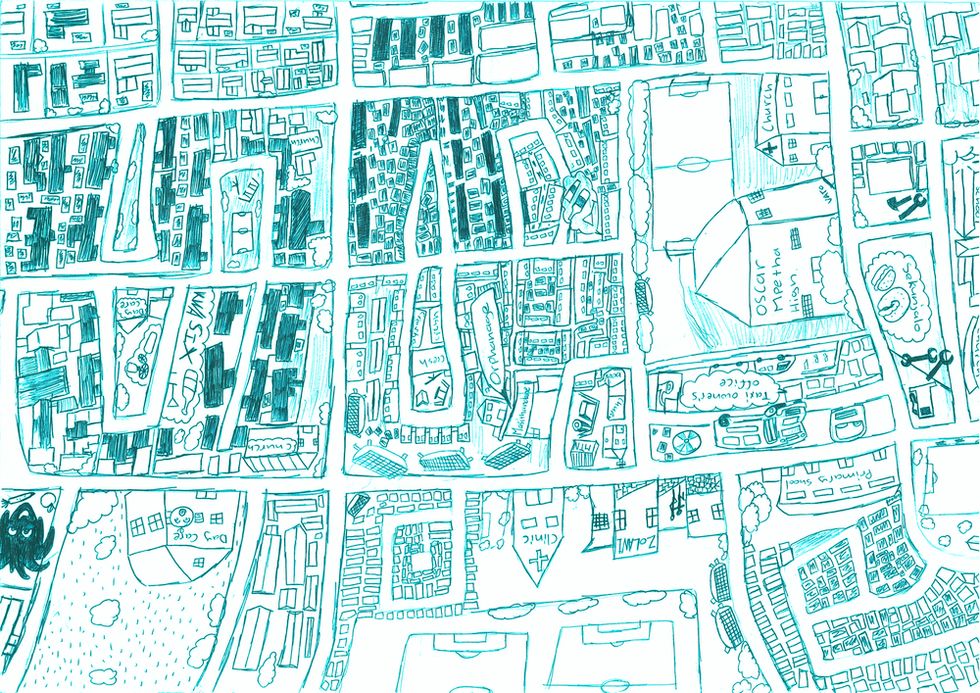 Their upcoming performance "Hear Be Dragons: Nyanga x Williamsburg," taking place on June 23 at National Sawdust, is the culmination of a yearlong sonic exploration and exchange between youth from Cape Town’s Nyanga township and Brooklyn’s El Puente Arts Academy.

Throughout 2015, the project brought young people from Nyanga and Williamsburg, Brooklyn together to explore the sounds of their neighborhoods, focusing on the common threads of displacement and neighborhood identity.

Read more about the performance and see details for the afterparty in the flyer below. Make sure to grab your tickets here.

"Audiences will be taken on a sonic journey spanning two continents and offered a window into the lives and experiences of these young people as they make their way through their own neighborhoods. As emerging musicians, artists, performers and poets, they shape and re-imagine new possibilities and new places, shifting pasts and futures, exploring the present and finding presence through the medium of sound.

Hear Be Dragons brought young people together from New York City and Cape Town to map and explore the sounds of their neighborhoods. Over the course of 2015, during a series of workshops with established artists and musicians from both cities, these young people had the opportunity to explore how sound and the urban environment influence their quality of life, their perceptions of history and memory, and their notions of identity, place and time.

As a culmination of the Hear Be Dragons workshops and exchange program, this performance of original music, dance, theatre and spoken word will explore the common threads of displacement and neighborhood identity across two seemingly disparate communities. From the township of Nyanga, a place of impermanence and a landscape of informal structures where people live cheek by jowl and the silences are few and far between, to Brooklyn's Williamsburg, an environment fast changing and shifting in all ways. This performance will feature a talented cohort of youth from South Africa and the United States, as well as collaboration with renowned US and South African musicians and performers.

The performance will be followed by the Harman Street Studios Afterparty, presented by Found Sound Nation and Make Music New York, which will showcase recordings crafted by teams of producers from 8 cities around the world: New York, Los Angeles, Chattanooga, Boston, Tel Aviv, Munich, Bangalore and Székesfehérvár. In conjunction with international Make Music Day (June 21st), Street Studio producers will run open and accessible mobile studios in their the local communities and have one day to mix their recordings and document their work. After a short listening session, a panel of guest judges will vote on their favorite tracks and a chosen winner will receive a pair of high-end microphones provided by AKG/Harman Audio. The afterparty will also feature additional music by Brooklyn's DJ Nappy G." —Hear Be Dragons