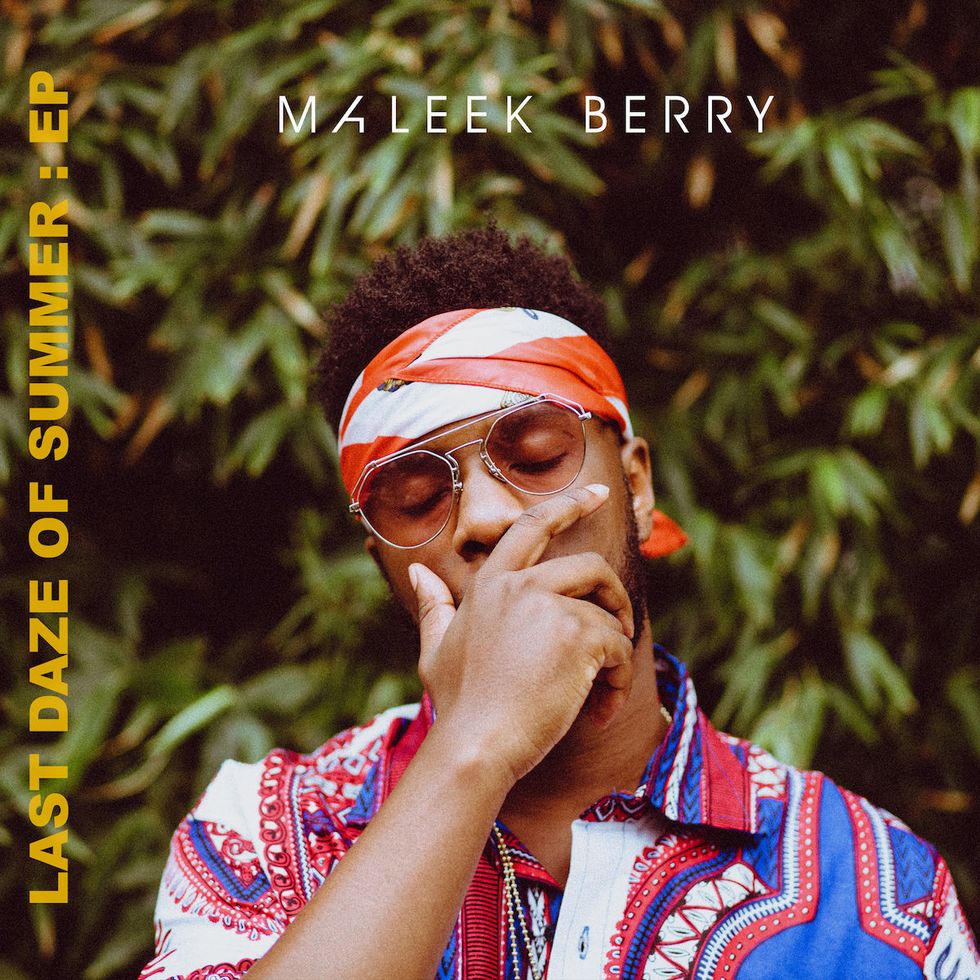 The 6-song release is spearheaded by “Kontrol,” a dance floor jam perfect for the dwindling days of summer which already has millions of plays on Spotify and Souncloud.

Maleek Berry had previously shared a bright and colorful Meji Alabi-directed music video for the single.

The rest of the tracks on Last Daze of Summer live in a similar sonic vein, blending afrobeats and dancehall rhythms into hazy R&B grooves.

Berry—whose produced plenty of tracks for Wizkid, Sneakbo and many others—holds down the vocals on every track in the new EP, showing that he’s just as good on the mic as he is behind the decks.

Stream Maleek Berry’s Last Daze of Summer below and purchase it here.