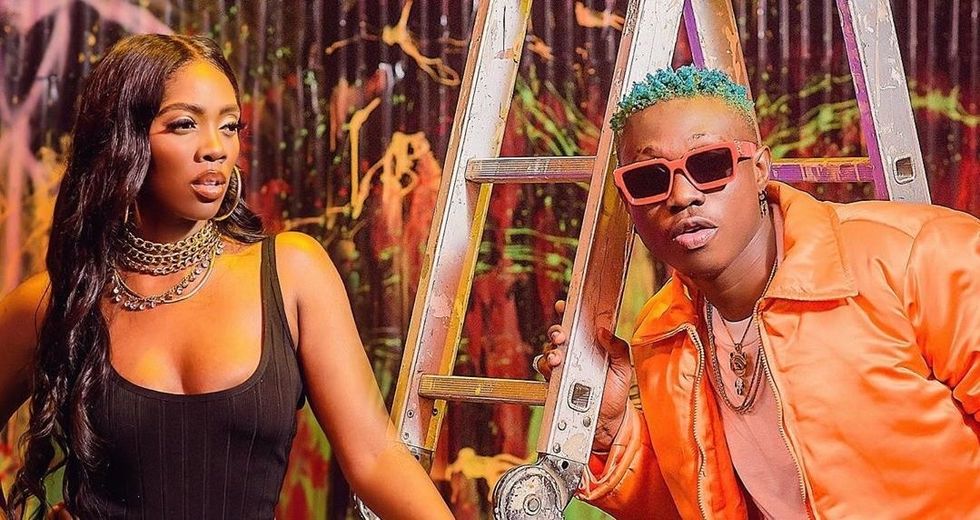 Check out the colorful video for Tiwa Savage's latest single.

Following the release of the bubbly "Ello Baby" earlier this month featuring Kizz Daniel and producer Young John, the singer enlists the "Zanku (Leg Work) singer for the sultry "Shotan." A bodacious track that sees the artists trading lines back and forth in Yoruba. Tiwa sings about one-upping her naysayers, and commanding a room when she walks in, while Zlatan joins in on the second verse. The song's smooth production comes from none-other than Nigerian beat maker Spellz.

The artists have been promoting the new track across social media, sharing colorful pictures that look like they may be from a video shoot, so we're keeping our eyes out for a visual to drop soon.

Zlatan has appeared on several notable tracks this year, beginning with the popular "Able God" at the start of the year, later teaming up with Burna Boy on the massive "Killin' Dem."

This is Savage's second release of the year, and it doesn't disappoint. Listen to "Shotan" below.

Tiwa and Zlatan share the music video for their latest collaboration "Shotan," directed by TG Omori. Check it out the colorful clip below.