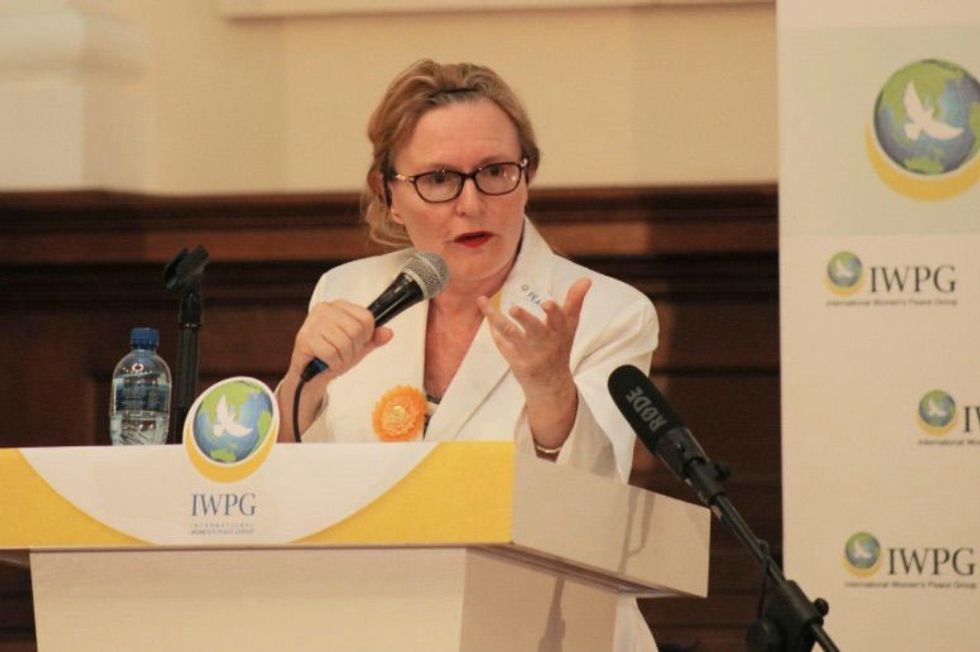 The Premier of the Western Cape took to Twitter earlier to defend colonialism and folks aren't having it.

It looks like Donald Trump isn't the only politician who likes to show his ass on Twitter. HelenZille, Premiere of the Western Cape of South Africa, enjoys dabbling in the popular game of "Ignorant Ass Tweeting" too.

She could've tweeted about unicorns or the weather, but she settled on colonialism instead. She essentially told those of us whose history and culture were ransacked by greedy white people to just "look on the bright side."

Here are her thoughts on the matter:

For those claiming legacy of colonialism was ONLY negative, think of our independent judiciary, transport infrastructure, piped water etc.

Would we have had a transition into specialised health care and medication without colonial influence? Just be honest, please.

When people began calling her out, she tried to defend her statement even further.

@ubuntusalaam1 We must get rid of colonialism but acknowledge there are some valuable aspects of its legacy and build on those.

@ulrik_s Sure, harmony. But theoretical to imagine that all those would simply have developed without any international cross-pollination.

@Xongo_Sipiwo So no black people fly on aeroplanes, or drink piped water, or ride on trains, or benefit from medication and hospitals?

@edrishlongwane Well, if you can't explain, don't get on an aeroplane again, or take antibiotics.

@E_xcelsior There were many deaths caused by colonialism worldwide, and that is deplorable. Now piped water and medication prevent deaths.

After being rightfully dragged for her unsound opinion, Zille tried to clarify her statements.

I apologise unreservedly for a tweet that may have come across as a defence of colonialism. It was not.

She also tried to be slick by retweeting this:

Let's make this clear: Colonialism, like Apartheid, was a system of oppression and subjugation. It can never be justified.

Her haphazard apology and lazy retweet are currently fooling NO ONE.

"How many times have you passed racist remarks and apologised your way out of it? "

helen zille: "ayy man, colonialism may have killed a bunch of you black folk but at least we brought you buildings & stuff, wasn't all bad." pic.twitter.com/dNWgasD2qy

Helen Zille is this close to telling us that God is white.. pic.twitter.com/ipUh16gRHx