Hide Ya Writers, Reporters And Novelists, Egypt Arresting Everyone Out Here 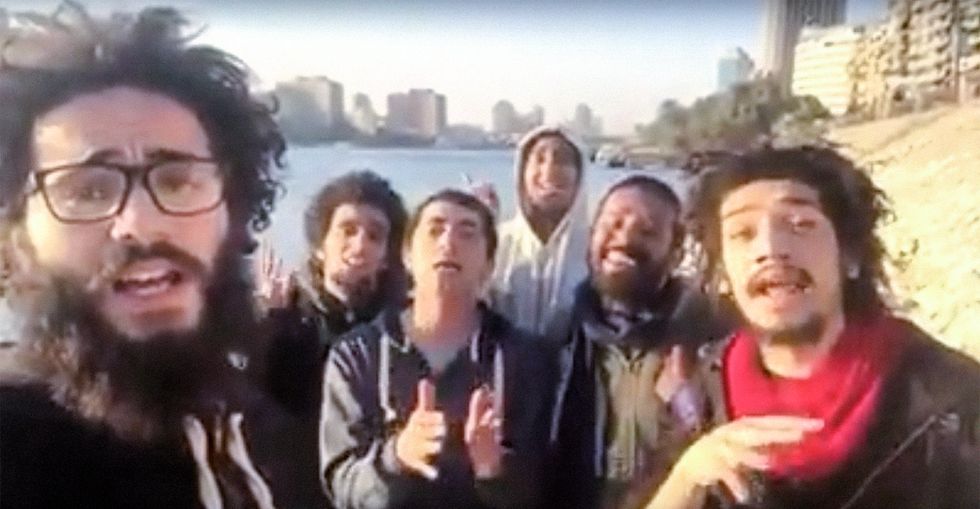 Egypt’s President Abdel Fattah el-Sisi is, wildin’ out. Fond of coups and massacres, Sisi has, as of late, focused his despotic skills at repressing journalists and writers.

This past weekend, a teenager and member of the Egyptian satirical group, Atfal al-Shawarea or Street Children was arrested for mocking the government and alledgedly instigating protests. On monday, four additional members were arrested. Human rights groups have been highly critical of the arrests.

According to the Committee to Protect Journalists, Egypt took 2015’s number two spot for the world's worst free speech offender. Only China had more journalists in prison.

30-year-old writer and novelist Ahmed Naji, was arrested for a section of his novel, “The Use of Life.” The section in question features the use of the drug hashish and sexual content.

Naji has been a critical of the Sisi regime.

Although the 2014 Egyptian constitution protects freedom of expression, Naji was sentenced to two years in prison, as is currently serving the term.

Naji’s ordeal began when a highly sheltered and extremely sensitive 65-year-old reader, Hani Saleh Tawfik, who may possibly have a severe heart condition, filed a court complaint claiming that the sheer shock from reading the banal scene that made reference to sex and drug use caused him heart palpitations and his blood pressure to drop so dramatically he became seriously ill, never to recover from the traumatizing scene.

The state’s censorship board had previously approved the novel itself but because it was re-reprinted in the literary journal Naji worked for, the piece was treated as journalism in court, a category of people Sisi has taken a strong disliking to.

Not long ago Bassem Youssef, often called the Egyptian Jon Stewart, had his TV show, the most popular in Egyptian history, cancelled by the regime. He fled the country.

The media, including many who were once supporters of Sisi, understandably, ain’t really rocking with him no more.

So, if you are a journalist, writer, or just a human being in Egypt, be cautious, or better yet, go harder, call Sisi and all the ridiculous things he been doing out, because Sisi is getting arrest crazy.