Hotep Watch: The Mysterious Connection Between Hoteps and Hotels 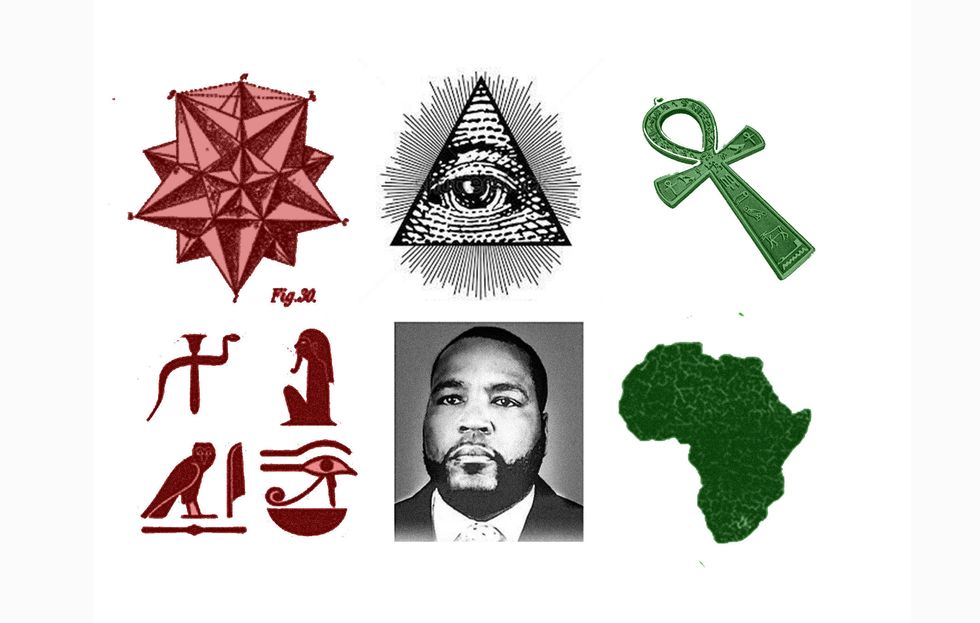 In our first edition of Hotep Watch, we connect the dots between Dr Umar Johnson, the Illuminati and Paris Hilton

DIASPORA—“Hotep Watch,” is our new series where we study the hotep and discuss his ideas. Is the Black man being emasculated? Is interracial dating killing the Afrikan race? Are queer people double agents for the white man and a part of a secret operation code name “YASSSS TO YACUB!” or “No to the five thousand year reign of the black alpha man?” Is said operation’s goal to not allow the Black Man access to his BEAUTIFUL Black QUEEN? Is the Yacubian snakishly attempting to decimate the Afrikan race and emasculate the BLACK MAN? Are Black men being emasculated or nahhhh?

Find out by reading the first edition of “Hotep Watch.”

What is a hotep?

Hotep (ḥtp) is an Egyptian word that roughly translates as "to be at peace". It is regularly found in the names of ancient Egyptian figures such as Hotepsekhemwy (ḥr ḥtp-sḫm.wj"the two powers are at peace"), the first ruler of Egypt's Second Dynasty.

“I'm very intelligent. I'm capable of doing everything put to me. I've launched a perfume and want my own hotel chain. I'm living proof blondes are not stupid.”

- A quote I found from Paris Hilton a noted not-hotep

- A hotep covered in sage and drowning in cocoa butter their third eye throbbing from the nebula moon rising their sign in tandem with the equator.

When I search “quotes from hoteps” on Google ( a yacubian website used to accelerate the emasculation of the Black alpha male) I get instead results for “hotel quotes.”

Are hotels, hotels? There it goes again. I meant to say are hoteps, hotels? Mounting evidence proves just this. Before we dive into the alarming similarities between hoteps and hotels let’s define the two.

A hotel is, according to Wikipedia, “an establishment that provides paid lodging on a short-term basis.” The Hotep Nation, according to the Hotep Nation, is “a group of people looking to restore integrity to the term “hotep” as it has been smeared by left-wing black media and the likes.” Hey, that’s me! That’s also an extremely vague description.

Urban Dictionary describes a hotep as, “Black men who are only concerned about matters of social justice when it comes to black men and have little or no regard for the health and well-being of other members of the black race unless those people can serve to uphold their misogynistic societal ideas.” We’ll get into hotepology, their troubling strain of anti and pseudo intellectualism, misogynoir, and a host of other fucked up and twisted way of thinking in future articles. But for know, let us move on to the hotel and hotep connection.

Exhibit One: Try to type hotep into your word processor. A little difficult right? It keeps auto-correcting to hotel. Are the word processors attempting to tell us something? Is the United Association of the Word Processor World Organization gently trying to nudge us onto a path of realizing one of the greatest conspiracies humankind has ever witnessed?

Exhibit Two: Both hotel and hotep begin with ho. One of the biggest hotel chains in the world is Hilton. Hilton has both an h and o in its name. Paris Hilton, heiress of the Hilton empire, has created an exquisite line of perfumes. We know that perfumes originated in ancient Egypt. We also know that hoteps love ancient Egypt because they had spaceships and had mastered interstellar travel. What do perfumes do? They cover up bad smells. Are hoteps and hotels, like perfume, a cover-up? Masking a dark hotepific secret?

Exhibit Three:Dr. Umar Johnson, noted hotep and ankh right personality, has a Gofundme donation page and half baked plan to gather funds to, “acquire and rehabilitate either the Historically Black St.Paul's College in Lawrenceville Virginia, or the Chamberlain-Hunt Academy in Port Gibson Mississippi, with the expressed intent of transforming one or both of them into the Frederick Douglass & Marcus Garvey RBG International Leadership Academy for Black Boys.” With a fundraising goal of 4 million, nearly $400,000 has already been raised.

What do schools do? They house people for a period of time, kinda like hotels. Coincidence? Probably. Maybe. But maybe not. Illuminati. Is your third eye activated yet?

Exhibit Four:Marcus Garvey, spiritual leader and ancestor of the hoteps attempted to build the Black Star Line, a fleet of ships that would transport Black people back to Africa.

What do ships do? Obviously, they house people for a period of time. Like hotels.

Are the Hoteps trying to house people for short periods of time? If so, why? Why? Why??? The world may never know.

Also, if anyone doubted my credentials, I possess not one, not eight, but an astonishing 75 high school diplomas, 32 middle school degrees, and a mind boggling 93² kindergarten degrees, not to mention (but I will mention) 6 pre-school completion certifications.

Kinsman to the People

Tune in next time for the next installment of “Hotep Watch.” Until then, peace be onto thee, for it shall rain and reign down upon our beautiful Black Queens and Kings as hath been prophesied.

Related Articles Around the Web
Popular
Popular
lost in riddim