How to Break Your African Parents’ Hearts 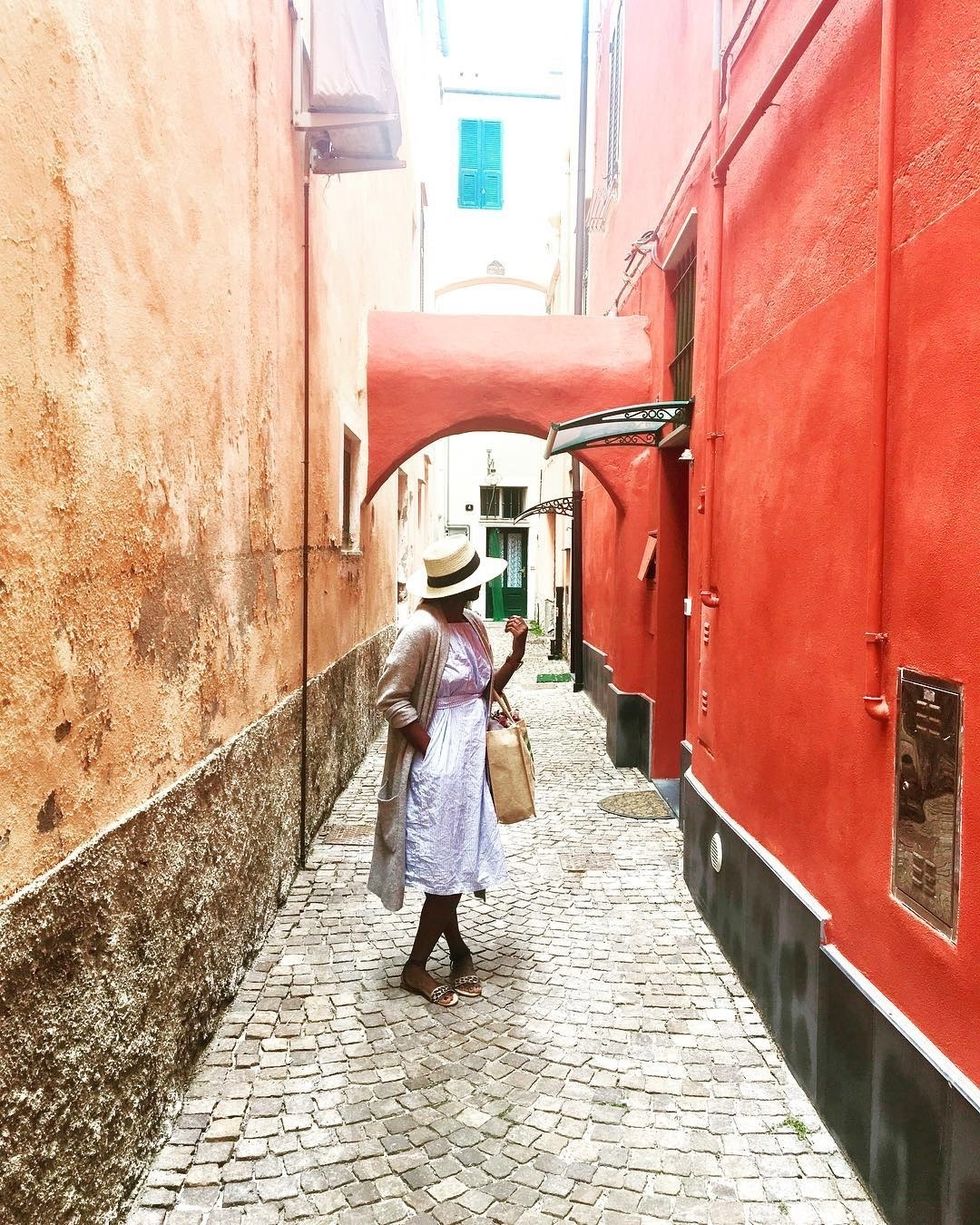 The author exploring Spotorno in Liguria. Photo by Joan Erakit

On life as a writer.

By the time you finish reading this essay, my father will have called me at least four times in 10 minutes and my mother will have sent me one of her guilt-tripping texts, demanding to know why I wrote this article. I will likely ignore all calls and texts until I can muster up the courage to face the two people I love the most.

I suffer from the same struggle as any other diaspora living son or daughter: the need to find your calling versus the need to satisfy your parents.

I grew up between Kenya, Tanzania, South Africa and Swaziland before moving to America, all the while reading The National Geographic and one day hoping to work there (I eventually did) and be one of the first black anthropologists to use research, photography and writing to showcase the voices of Africans outside the village (this never happened). My father grew up with a wanderlust like no other, often moving his family around in search of better opportunities and a better life—because of this, I wanted to write about the places my parents took us during the summer holiday, the conversations about conservation that happened between community organizers and teachers, and the way my mom and aunties created gardens in their city backyards to promote healthy eating and mindfulness. I wanted to be the one to show and tell, and not be the one shown.

READ: This is a follow up to the essay I Quit My Job Because I Didn't Belong There

That dream was lost and then found, and then lost again over the course of 25+ years until I moved to New York and started taking my hobby seriously.

Throughout this "finding myself" period, those east African parents of mine suffered.

"Jo, listen to your father. I know what is best for you," he would say over the phone.

"You have to find a suitable job for your future. Stop this nonsense of everyday writing stories. You are getting old!" he would continue.

My mother was less kind: "You won't find a husband until you settle down in a good career, with good insurance."

It was futile to argue, especially when the conversations ended with them telling me of how much stress I was bringing to the family with my creative pursuits. Somewhere between the age of 27-31, I managed to soothe their concerns by working 9-5 jobs in New York, putting money into a retirement account and sometimes keeping a steady boyfriend.

"You are a good girl. Blameless. You see what happens when you listen to your parents?" my mother would write in her morning texts. I was happy to make her happy because after everything that she had been through to raise me, she deserved to gloat about her child. But everything changed a few weeks ago when I got into a heated exchange with my father. Upon realizing that I had now been in Italy for one year, my father lost his cool. Completely fed up with my lack of professional success, he demanded that I return to New York, quit writing and take up a good paying job with a friend of a friend.

It was the first time in my life that my father had ever broken my heart and the first time that I had nothing sharp to say in response. What hurt the most about this exchange was that my father made it clear that since leaving college, my life had been a disappointment—be it Paris, or Washington D.C, Winnipeg or California, New York City or Turin—I was unfocused and therefore, unsuccessful.

I used to live near a brothel last year and you wouldn't see it right away, but upon closer inspection, the signs were there. Sometimes, I did laundry at a spot frequented by the women I saw working the nearby street at night. We'd chat, laugh about the corner gambling shop and all the crazy boys who ran bets for the football matches during the week. As we counted out coins and folded sweaters, the ladies would often ask me what I did for a living and I would tell them that I was a writer.

"But how do you make money? You can survive with this job?" they'd ask.

They sounded so much like my parents, something that brought me both joy and pain.

The reality is that my parents never believed in me as a writer. Call it a parenting blind spot; one gained from years of hardship, poverty, working four jobs to keep food on the table and wanting for your kids what you never had for yourself.

In my experience—as might very well be for many of you—raising an African child in a western world brings forth the complexities of a changing time. Growing up, you might have wanted to be a lawyer or doctor because those were the roles that were most respected and most lucrative, and now, you want that for your child. So you put all your finances into their education one day hoping to see the results, but instead, they dream of filling clubs like Mr. Eazi and writing extraordinary tales like Taiye Selasi. They want all-day brunches instead of a house in a gated community, and would rather spend money on travel than buy a brand new car. It's not bad or good, it's just different and comes with the territory of a changing time.

Writing from Pepino at Piazza Carignano in Turin. Photo by Joan Erakit

I'm a writer, but my calling is to educate. I found my calling doing the thing I loved, in the most unexpected of places: Italy. Teaching came so naturally to me that I was at first in shock. I couldn't believe that I could do something so passionately as if I'd been doing it for many, many years before.

Last year, I had the opportunity to mentor a young Nigerian girl who had come to Italy alone. Once, while we sat cross-legged on the cement floor on campus, she told me that she had never seen another African woman as a writer. Until that conversation, it had never occurred to me that there were people in this world who felt "outside" of this industry or felt that it was an unreachable dream, something only possible for the rich or for the westerners. It amazed me that there could a lack of access to literature, to the arts, and to education—up until that moment, I had taken a lot of my opportunities for granted. With privilege comes naivety, and as much as my parents may have not supported what it was I wanted to do with my life, they never actually stopped me from pursuing my dreams.

Later that afternoon as I walked back to my apartment in Barriera di Milano, I decided that I would take on the challenge of creating a Storytelling workshop for migrant and refugees in Italy to help young people realize that within all of us, regardless of where we came from or how we got here, had valuable stories to tell.

It became the work I never knew I needed, holding my attention captive and motivating me to get up and go to the university where I gave lessons on storytelling with all students—be it refugee or migrant, foreign or citizen, young or old.

Helping others tell the stories of their lives became my life's purpose.

A year after moving to Italy and taking on an unexpected role, I know that my parents are disappointed in me. I understand that my mother feels uncomfortable when the neighbors ask her what her daughter does for a living. I know that my father would wish that I carried around business cards with a great job title than a notebook and a pen.

I know that they would prefer me to be in New York than in Italy, but I also know that it's only because of them, that I am here. They taught me how to believe in myself, how to go for the things that weren't always cool, and how to differentiate between what was right and what was wrong for me. They taught me how to persist in times of adversity, and how to fight for the things I wanted despite what others said.

They just never saw themselves on the opposite side of that battle.

So to my darling old folks, I love you and I value you, but Italy is where I have chosen to operate. I will stay here and do this work regardless of how hard it is because I know that somewhere in the city, there is a young African girl who needs to see herself represented in order to take a bold step into her future—just like I did. And as you so selflessly did for me, I will do for others—and I hope that one day, you will be proud.