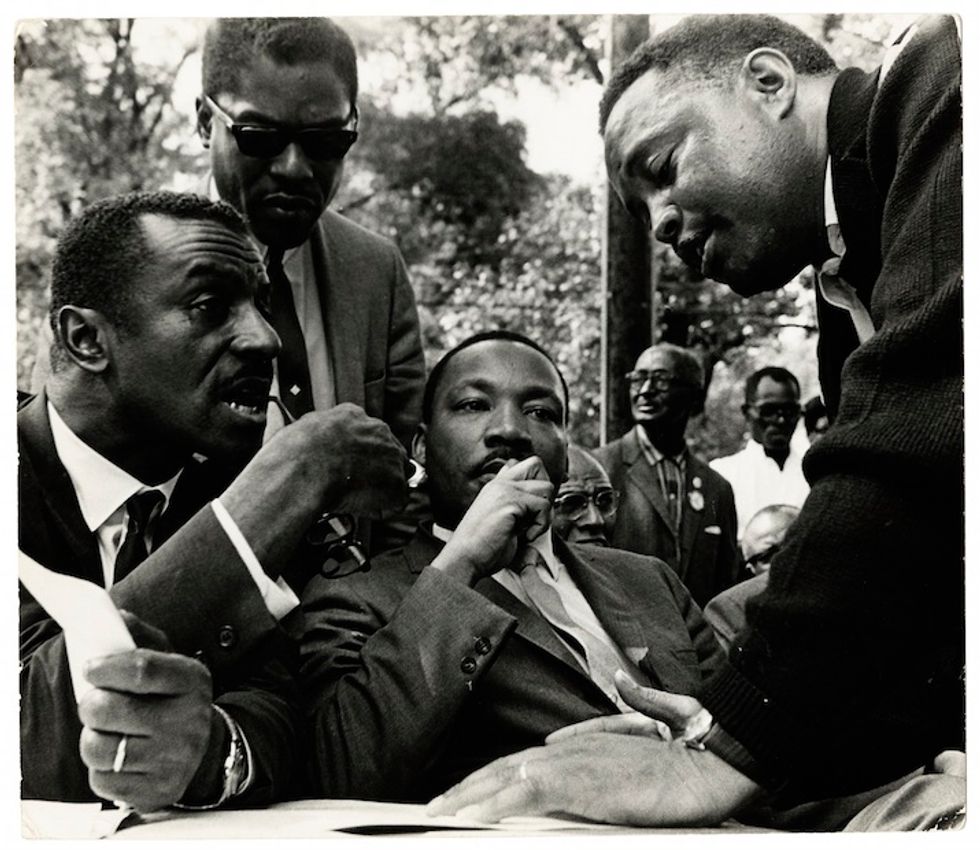 'Human Rights Human Wrongs' is an exhibition of 20th century documentary photography drawn from the archives of the Black Star photo agency.

Human Rights Human Wrongs is a new exhibition of twentieth century documentary photography drawn from the archives of renowned New York-based photo agency Black Star. The exhibit, which features over 200 original press prints, is currently on display at The Photographer's Gallery in London.

Black Star photographers traveled the world capturing some of the most important political and social movements in recent history for major publications, most notably LIFE and Time. A few of the images on display include the independence celebrations of over forty African nations from colonial rule, the beginnings of the Civil Rights Movement in the U.S, Nelson Mandela's 1990 release from Robben Island and his election as South Africa's president four years later, the fall of Haitian dictator Francois 'Papa Doc' Duvalier, and the assassinations of African anti-colonial thinkers and revolutionaries Amílcar Cabral and  Thomas Sankara, American civil rights leader Dr. Martin Luther King Jr., and Marxist Chilean president Salvador Allende.

The exhibition is curated by Autograph ABP Director Mark Sealy, whose introductory essay on the three-month long show identifies its guiding principle as Article Six of the 1948 Universal Declaration of Human Rights, which states that "Everyone has the right to recognition everywhere, as a person before the law." Using 1945 and the end of World War II as a starting point, Human Rights Human Wrongs explores how the images of Western photoreportage have had a direct effect on the application of Article Six.

Sealy’s essay addresses the particular tendency of the images that emerged from Africa between 1945 and 1994 to lean heavily towards the portrayal of foreign soldiers and missionaries working on the continent as White Saviors. “Typically, Western soldiers are photographed in Christian poses, framed like dying Christs on crosses,” he writes. “Whilst the African soldier is presented as a savage who needs to be tamed; a renegade who fights his war outside of the rules of conflict, outside the Geneva Convention." Sealy also makes reference to the equally ubiquitous images of "African with his hand out begging for benevolence" or "starving African child and mother” as some of the negative tropes which codified the global perception of Africa and contributed to its framing as the dark continent that requires salvation and supervision.

Human Rights Human Wrongs is on view at The Photographer's Gallery in London through April 6th. Watch Mark Sealy discuss the presentation here.