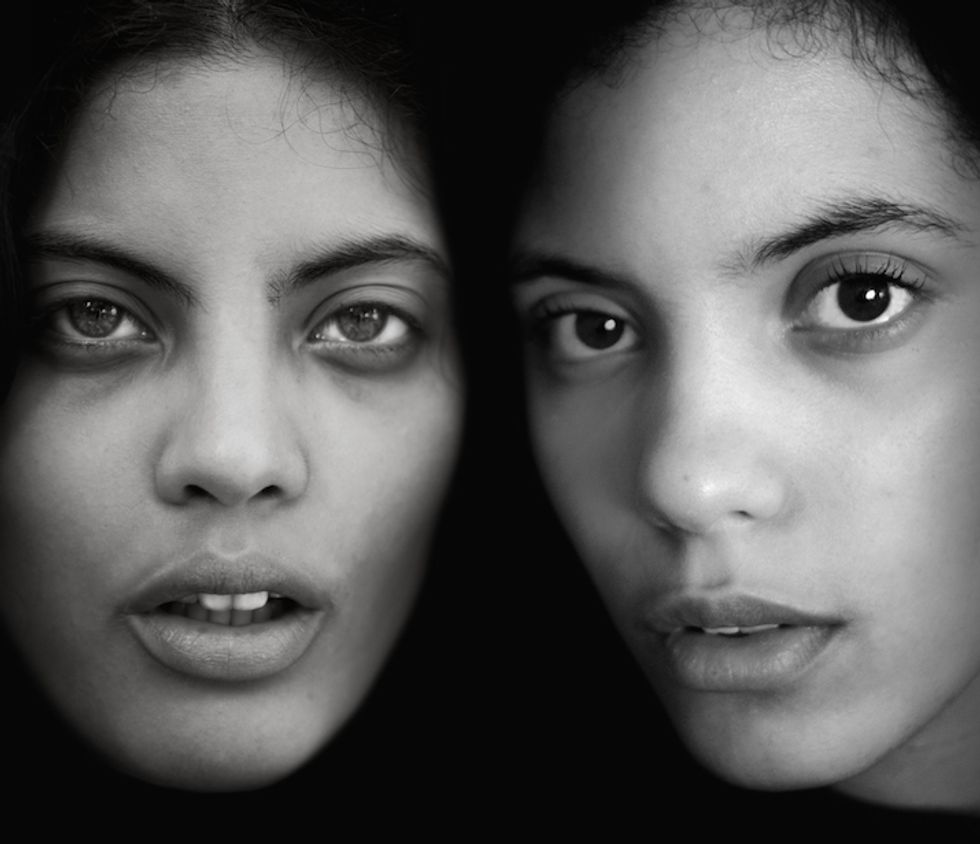 French Cuban twins Ibeyi share the official visuals for "Mama Says" off their upcoming self-titled debut on XL Recordings. The unsettling Ed Morris-directed video follows the track's theme, starring the sisters' real life mother as a figure of isolation and loneliness due to a lost partner. The 'Yoruba doom soul sisters,' Naomi and Lisa-Kainde Diaz, have also released more details on their debut LP, that's one of the two album covers above (the other features a photo of the twins as children) and the full tracklist of the 13-song release below. Ibeyi is due February 17 on XL and is up for pre-order now on iTunes/Amazon UK/XL US Store. The twins will be coming to the U.S. this month for two shows in NY and LA (full tour dates below). Watch the music video for "Mama Says."