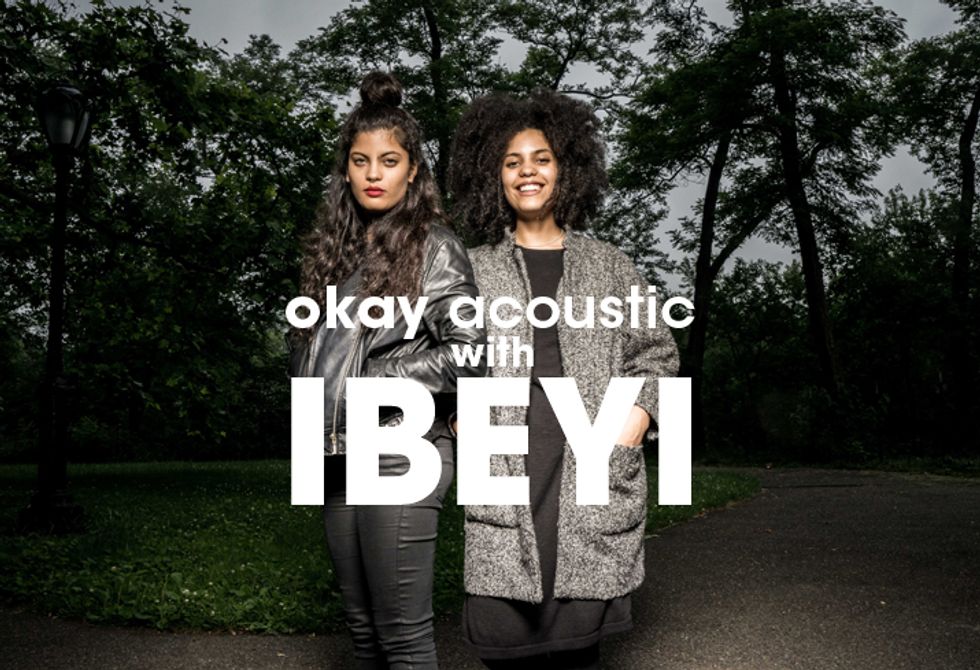 Okayafrica TV caught up with Ibeyi just before the French-Cuban twin sisters mesmerized a packed Central Park SummerStage crowd at the Okayplayer showcase. On the steps of the New York City park, Naomi and Lisa-Kaindé performed an alluring version of their debut album's closing track "Ibeyi (Outro)," which they mentioned is a "traditional song named after the Yoruba word for 'twins'," guided solely by their voices and scattered handclaps. Watch our Okay Acoustic episode with the duo above and check out some pictures from the shoot by Oluwaseye below. For more, revisit our previous Okayafrica TV videos with Ibeyi record digging in NYC and interviewing each other. The sisters' debut self-titled album Ibeyi is out now on XL Recordings.