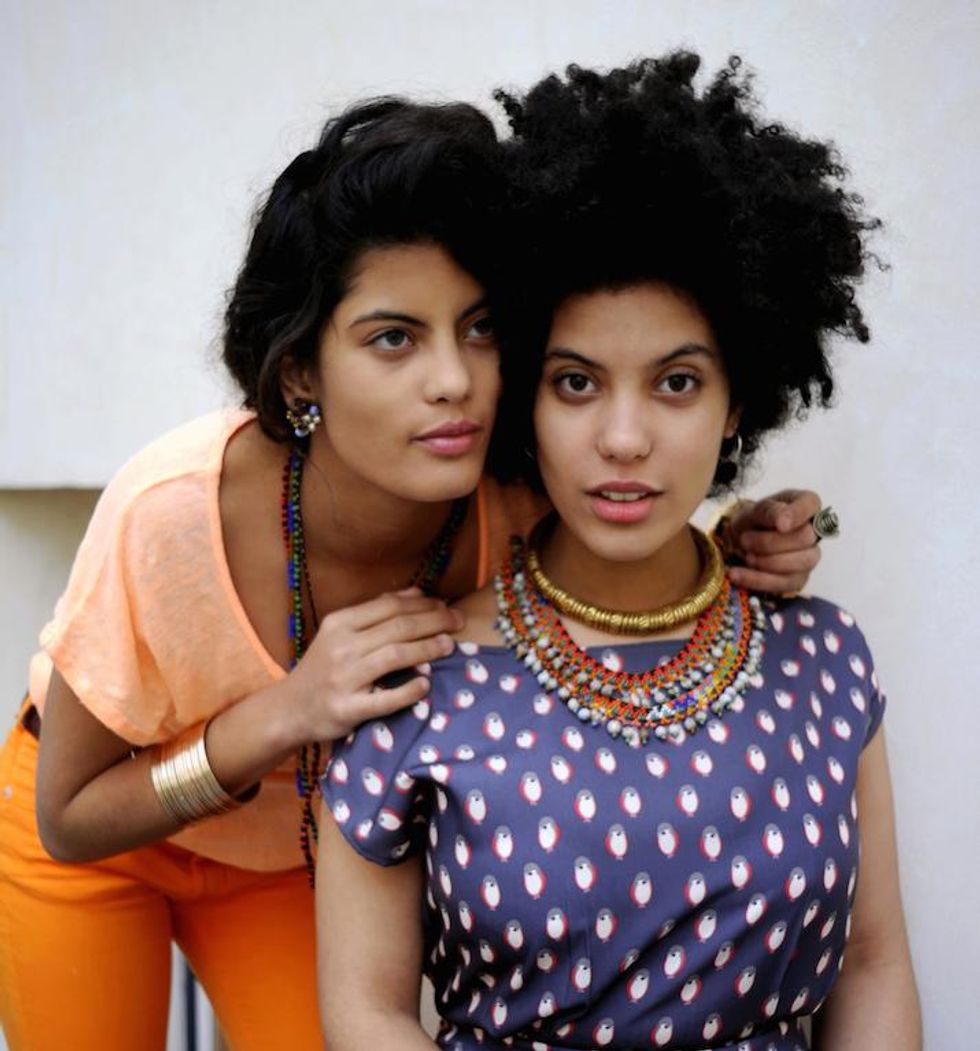 Okayafrica takes a look at rising Afro-Cuban doom soul twin sister duo Ibeyi, who recently made their EP debut with 'Oya' (via XL).

Ibeyi, made up of Cuban-born, Paris-based twin sisters Naomi and Lisa-Kaindé Díaz, is an electronic doom soul duo who are forging a new spiritual sound with their debut EP Oya. The 19-year-old musicians are XL Recordings' newest signees, and their introductory singles "Oya" and "River" possess a hypnotic blend of hip-hop, electronica, and blues infused with Yoruba prayers and folk songs that will transport you to a higher realm upon first listen.

Singing in French, English, Spanish and Yoruba, Ibeyi count among their primary influences Nina Simone, Meshell Ndegeocello, James Blake and their late father, the celebrated Cuban jazz percussionist Miguel "Anga" Diaz. Ibeyi's vocal range, which wavers from the raspy and wraith-like to the sonorous and divine, is ideal for their sonic palette which revels in the phantasmagorical groove of liturgical Yoruba songs. Besides singing in Yoruba--which was brought to Cuba by West African slaves--Ibeyi honor their father's legacy and Afro-Cuban heritage through their percussive production and use of live instruments. Beatsmith Naomi plays both the cajón and the batá while Lisa-Kaindé remains more in tune with the musical mythos of Ibeyi's sound by weaving Yoruba lore deeply into their lyrics. "River" is dedicated to the goddess Oshun (the mother of the Ibeyi, and their first single and EP are both named for  Oya (the benevolent orisha who took the Ibeyi in after Oshun was accused of witchcraft for birthing twins and kicked them out).

In a recent interview produced by NOWNESS, the sisters revealed that the underlying theme of their forthcoming debut effort, which they worked on closely with XL's label head Richard Russell, is family and prayer. Though no further details have been released, expect more of Ibeyi's haunting diasporic spirituals sometime soon. Watch the videos for "Oya" and "River" below. Oya is out now via XL Recordings. Stay caught up with news from the duo on Facebook and Twitter.