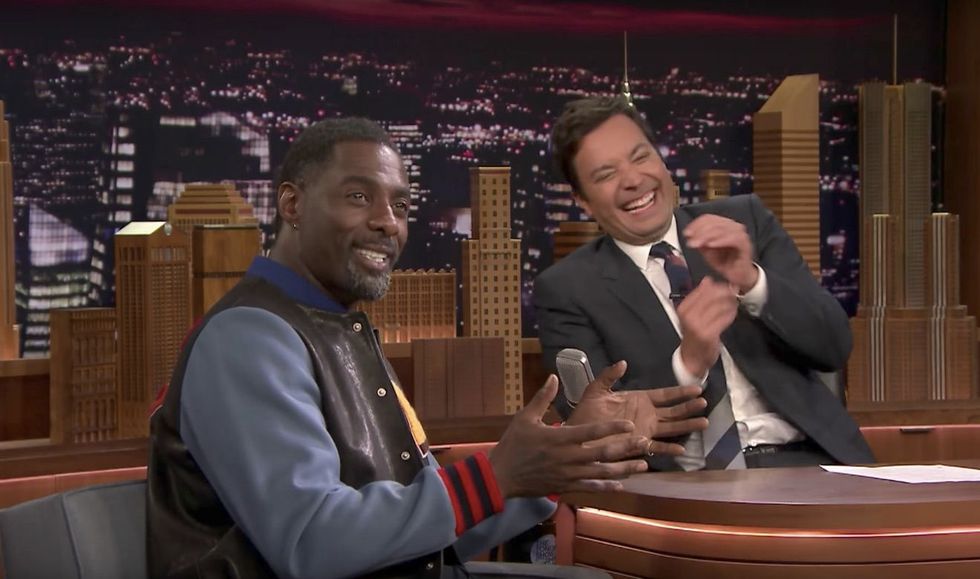 The actor made an appearance on Late Night With Jimmy Fallon to promote his new film 'Dark Tower.'

The one and only, Idris Elba, was on Late Night with Jimmy Fallon last night, discussing his role in Stephen King's  Dark Tower.

The actor, shared his experience working with the anomalous author for his new film alongside Matthew McConaughey, before touching on far more intriguing topics like putting cream on his ankles and his early dream of becoming a late night "quiet storm" radio DJ, before eventually starting his own pirate radio station "Climax FM."

Afterwards, the actor and DJ joined the host for a game of "Google Translate Songs," where the two sang inaccurately translated versions of popular song. Their rendition of Boyz II Men's "I'll Make Love to You" called "I'll Place Kindness on You" is gold. Watch it below.

Dark Tower is in theaters now.