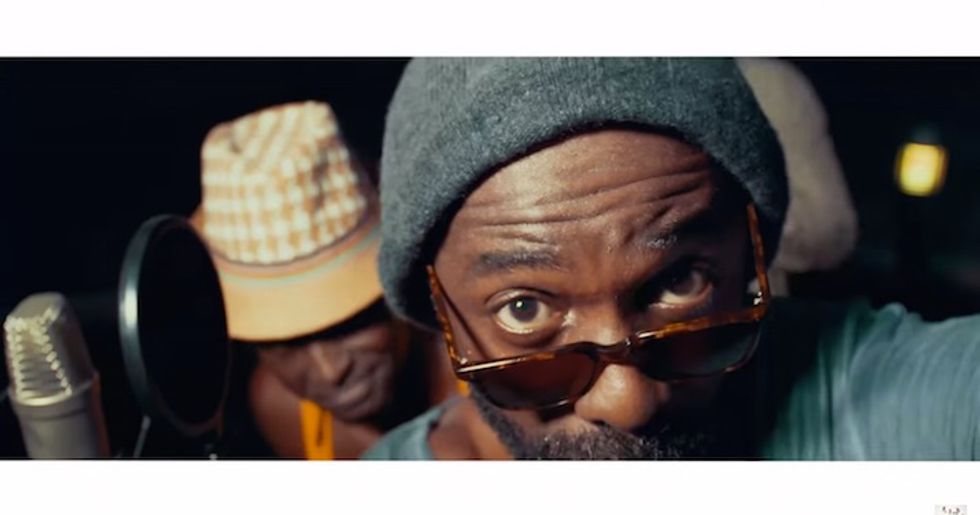 Last year, hiplife pioneer Reggie Rockstone connected with Ghanaian group VIP for a pop ode to the 21st century self portrait, “Selfie,” under the joint group name of VVIP. Later on, that track got a remix that features an unexpected verse from actor Idris Elba, as well as Nigerian star Phyno. Back in October, Reggie Rockstone told us about how he linked up with Idris Elba in Ghana while the actor was shooting Beasts Of No Nation and recorded the "Selfie (Remix)." Rockstone wrote:

"We would meet on an off-night for him... I recently joined a legendary group called VVIP and dropped a hot single “Selfie” (came out bout the same time as The Chainsmokers version). The tune came on in the joint and all lit up with Idris looking on and boppin his head. I just asked him, “Bro! U wanna jump on the remix?” He replies "Yup! It’s a dope beat! Let’s do it!” What do you think? He did not only keep his word but also did something original by rapping in creole pidgeon English from Freetown and also directing a quick viral video... at a friend’s house right after he was done recording whilst we ate and talked!"

Well that music video, which was shot across Accra, London, Lagos and Amsterdam, is out now. Watch VVIP, Idris Elba and Phyno's visuals for "Selfie (Remix)" below.