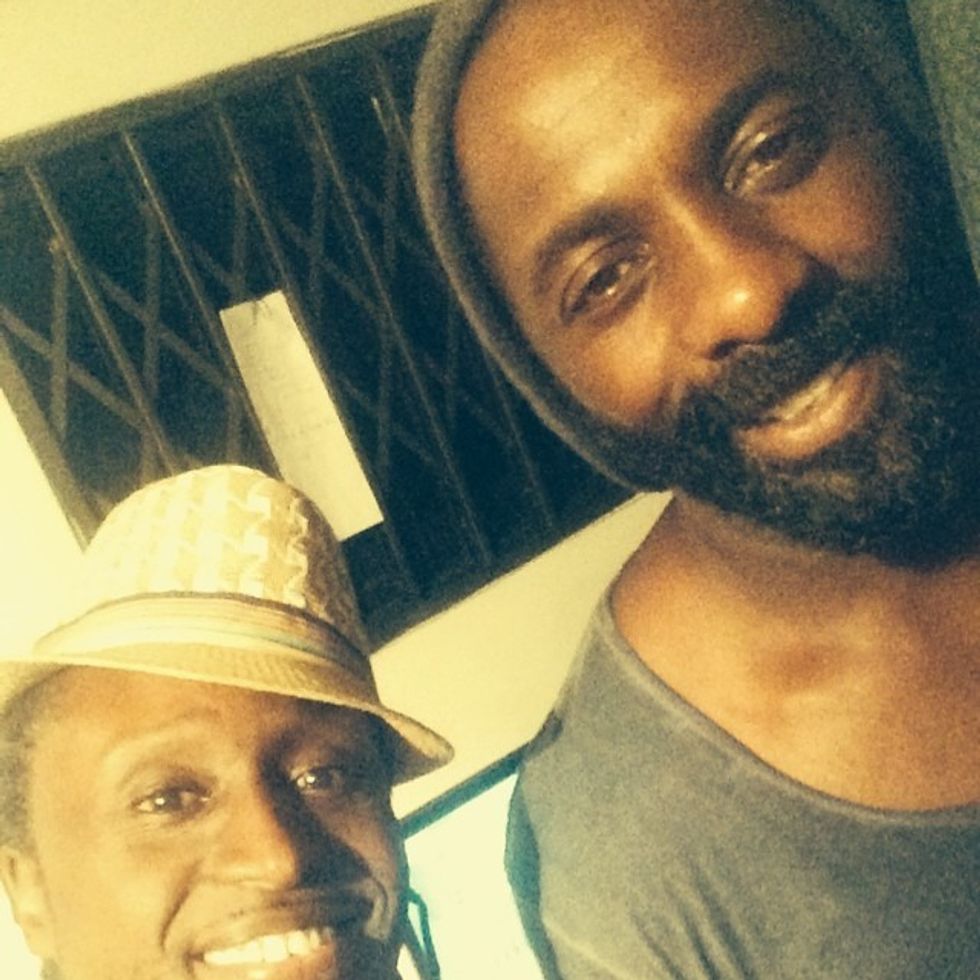 Hiplife pioneer Reggie Rockstone tells us how he got Idris Elba to rap in pidgin English on the remix of "Selfie" with VIP & Phyno.

Earlier this year, hiplife pioneer Reggie Rockstone linked up with Ghanaian group VIP to drop a pop ode to the never-dying hand-held self portrait, "Selfie," under the joint group name of VVIP. Fast forward a couple months, and a remix version of the track surfaced with an unexpected feature from actor Idris Elba and Nigerian star Phyno. Since then, the revisited "Selfie" remix has been heating up the 'afrobeats' charts. We reached out to Reggie Rockstone to get the backstory behind this unlikely collaboration, the Accra legend shed light on how he met Idris Elba in Ghana while the actor was shooting the Cary Fukunaga-directed Beasts Of No Nation and recorded this rising tune:

[Idris and I] have a mutual friend (Tony Tagoe) and I own a very popular night club/lounge (Rockstones Office and Django Bar) all in Accra, the capital. I knew from Tony months before, about brother Idris coming to Ghana to shoot a movie and also what a great earthling he was. And as a night joint owner, it was only slick and sensible we hosted him. He finally came to Ghana and got busy shooting the movie!

We would meet on an off-night for him... Idris is a real humble human and so his vibes spread out to all who were around him. I... carry myself in a similar manner and so we connected. I recently joined a legendary group called VVIP and dropped a hot single "selfie" (came out bout the same time as The Chainsmokersversion). The tune came on in the joint and all lit up with Idris looking on and boppin his head. I just asked him, "Bro! U wanna jump on the remix?" He replies"Yup! It's a dope beat! Let's do it!"

He did not only keep his word but also did something original by rapping in creole pidgeon English from Freetown and also directing a quick viral video (not out yet) at a friend's house right after he was done recording whilst we ate and talked!... After back and forths via viber and emails, we finally put the track out and the reaction and feedback has been amazing! We also have brother Phyno from naija (one of the biggest names out there now) jump on the track!

Idris name-drops Oprah in his verse so we hope she hears it and comments! We shall meet again soon to make more music am sure, when he comes back to GH for the premier of his movie named:"Beasts of No Nation" a heavy one from what we hear!

Idris Elba has been dipping his toes in music these days, check out the details on his upcoming Nelson Mandela-inspired album featuring James Blake, Mumford & Sons, Spoek Mathambo, DJ Spoko and more.