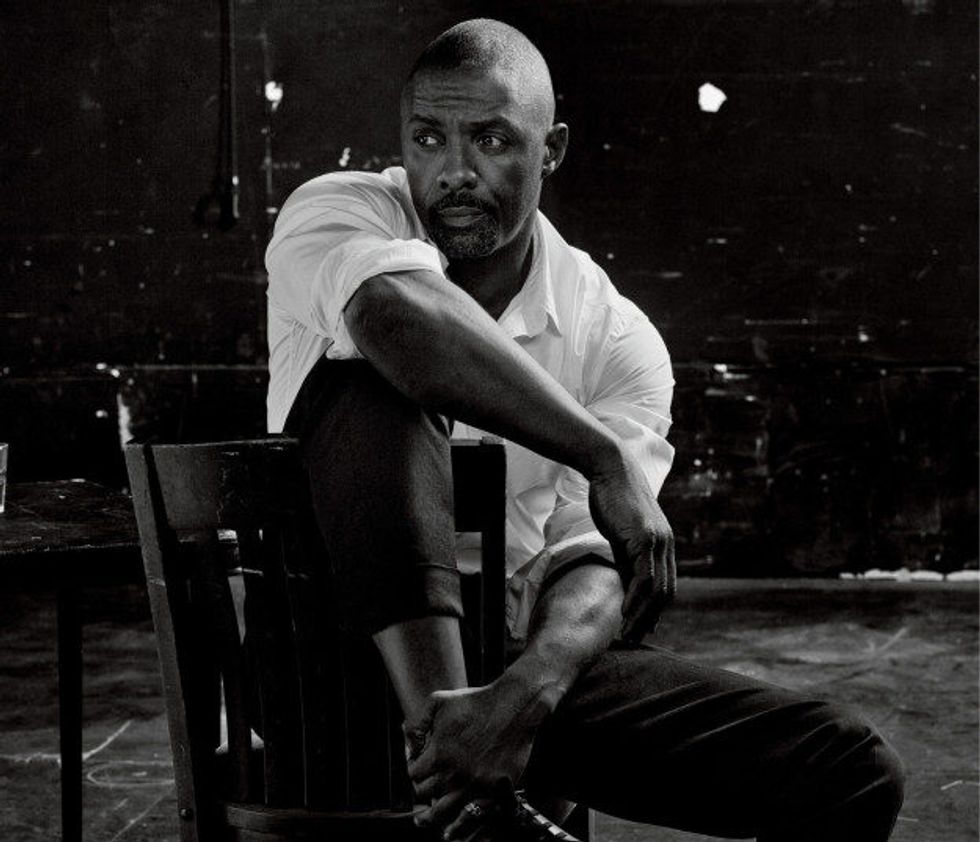 The TV adaptation, based on the fourth novel of 'The Dark Tower,' will feature Idris Elba as he plays gunslinger Roland Deschain.

Back in May, we shared with you behind-the-scenes pics featuring Idris Elba filming the Sony film adaptation of Stephen King’s The Dark Tower in South Africa.

Though the first feature film on the eight part novel series won’t be on the big screen until Feb. 17, 2017, production company Media Rights Capital (MRC) announced today (also King’s 69th birthday) that a TV series based on the fourth book—Wizard and Glass—is in development, according to Shadow and Act.

Your favorite man-crush is due to make an appearance on the show as the gunslinger Roland Deschain, along with Tom Taylor who plays Jake Chambers and Matthew McConaughey, the Man in Black, may appear in the show as well.

Wizard and Glass depicts a younger Roland Deschain’s exile to his homeworld, his romance with Susan Delgado and the test of the friendship with his pals Cuthbert Allgood and Alain Johns. There is no word yet on who’s to play young Roland, but it’s likely that a young black actor in his teens would be cast for the part.

There’s no word on what network the series will be affiliated with, but the producers say that a cable network or streaming service (like Netfilx or Amazon) would be preferred due to the 10 to 13 episode series’ mature content.

The Dark Tower series crosses literary genres including elements of science fiction, fantasy, horror and western; published between 1982 and 2012.

Take a look at the general plot summary below:

In the story, Roland Deschain is the last living member of a knightly order known as gunslingers and the last of the line of “Arthur Eld”, his world’s analogue of King Arthur. Politically organized along the lines of a feudal society, it shares technological and social characteristics with the American Old West but is also magical. Many of the magical aspects have vanished from Mid-World, but traces remain as do relics from a technologically advanced society. Roland’s quest is to find the Dark Tower, a fabled building said to be the nexus of all universes. Roland’s world is said to have “moved on”, and it appears to be coming apart at the seams. Mighty nations have been torn apart by war, entire cities and regions vanish without a trace and time does not flow in an orderly fashion. Even the sun sometimes rises in the north and sets in the east. As the series opens, Roland’s motives, goals and age are unclear, though later installments shed light on these mysteries. Along his journey to the Dark Tower, Roland meets a great number of both friends and enemies. For most of the way he is accompanied by a group of people who together with him form the Ka-tet of the Nineteen and Ninety-nine, consisting of Jake Chambers, Eddie and Susannah Dean, and Oy.